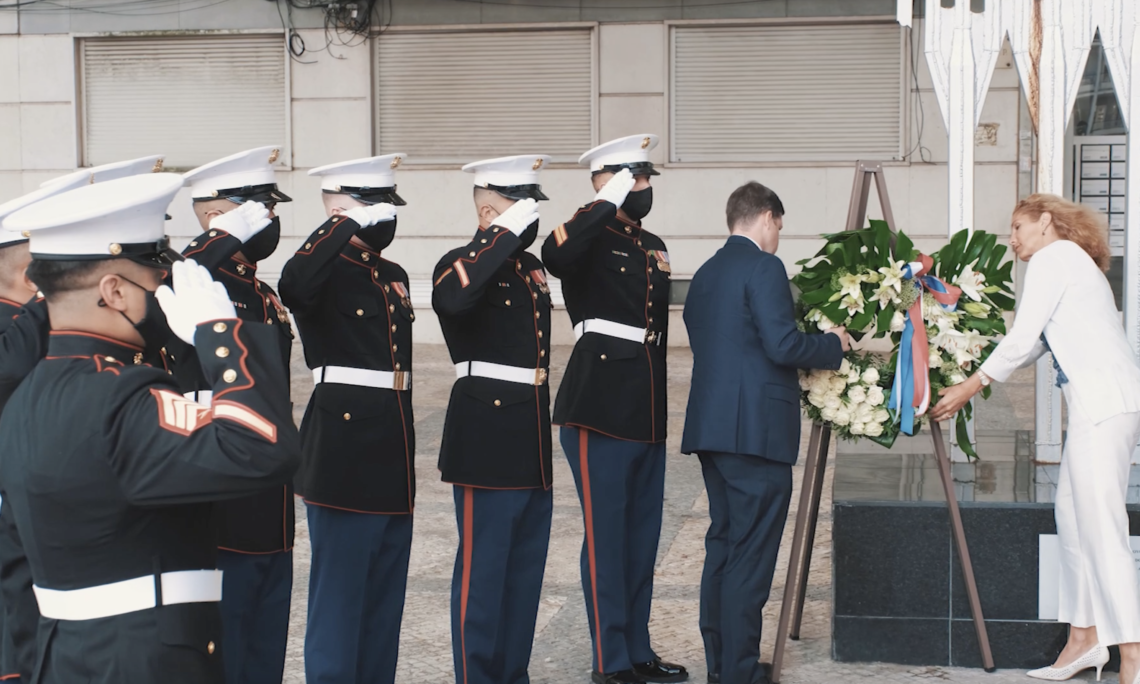 It is said that in October, 2001 Lisbon was the first city in the world to erect a monument to honor the victims of the attack on New York City’s Twin Towers of September 11th, 2001.

With deep appreciation for the steady support and enduring friendship of the Portuguese people, today Charge d’Affaires Kristin Kane and Deputy Chief of Mission Andrew Sisk were accompanied by our marines to lay a wreath at the Lisbon memorial in solemn remembrance of the 20th anniversary of the September 11th tragedy.