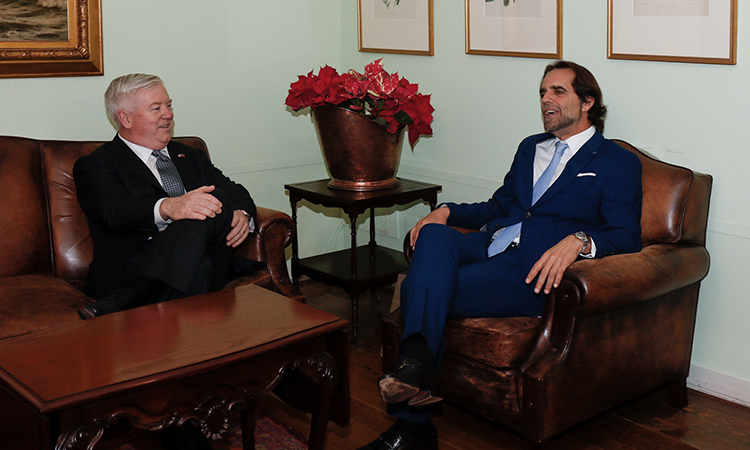 United States Ambassador to the Republic of Portugal George E. Glass conducted his first official visit to Madeira from January 6-9, 2018.  During his stay, Ambassador Glass met with Miguel Albuquerque, President of the Regional Government of Madeira, and José Lino Tranquada Gomes, President of the Regional Legislative Assembly of Madeira.  At both meetings, Ambassador Glass discussed with his hosts the long and historic relationship of the United States and Madeira, prospects for further commercial and economic collaboration, and continued engagement of the U.S. Embassy with the government and people of Madeira, including on cultural and educational projects.

Madeira has historic ties to the U.S. The wine of Madeira was a favorite of President George Washington and his inauguration was toasted with it, as was the signing of the Declaration of Independence in July 1776.  Recently three cases of Madeira wine nearly as old as the United States were unearthed during a six-month restoration project at the Liberty Hall Museum in Union, New Jersey.