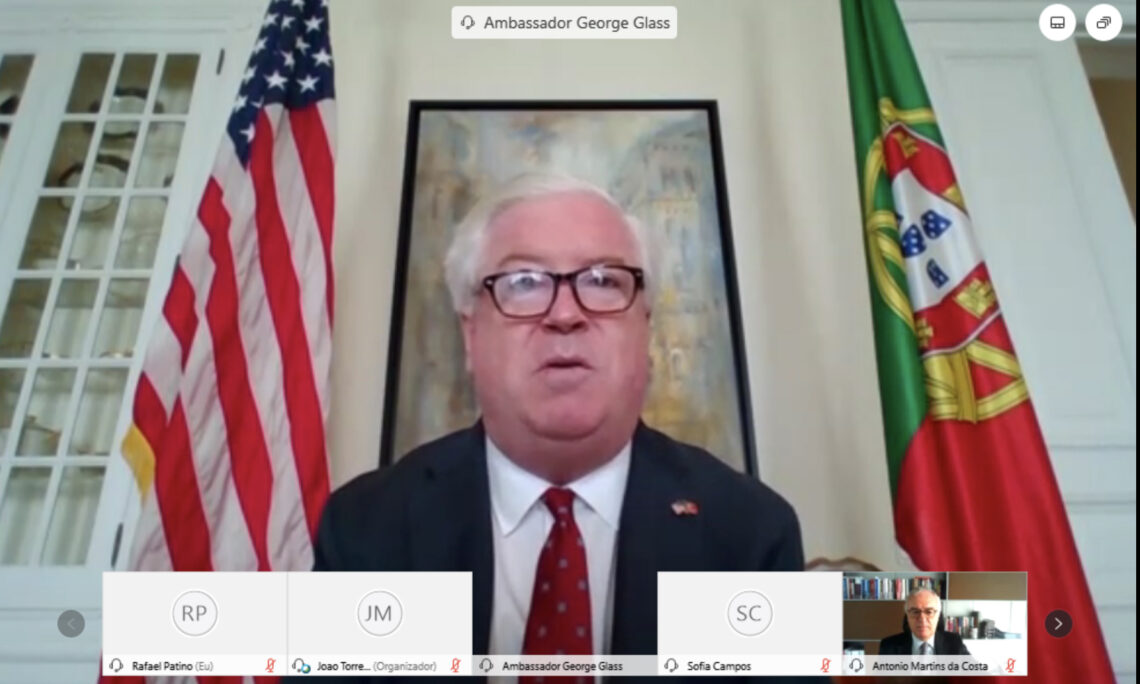 Good morning and thank you Antonio for the kind introduction.

Before I start I wanted to thank the AmCham and PwC for your commitment to this project; I know the pandemic threw a wrench in our plans for this investment report, but I would say now, as cases are rising and we can see that we are in this situation for the long haul there is no better time for me to remind the Portuguese people that we are in this together.

Why do I say this, the United States and Portugal have been strong and longstanding allies for over two centuries. Our commitment to democratic values, our close cooperation on everything from fighting terrorism to expanding trade and investment opportunities, as well as the constant flow of people and ideas between our two countries illustrate our enduring relationship.

One fact really stood out for me in this report – most U.S. companies in Portugal have been here for over 10 years, many of those over 20. This means that U.S. companies have been here in Portugal through the worst of the previous economic crisis and you can count on them to be here, with Portugal, through the tough times ahead.  We don’t abandon or take advantage of our friends.

An important part of our relationship is investment, and I’m pleased to support the new edition of the Barometer of U.S. Companies in Portugal developed by the American Chamber of Commerce in Portugal and PwC.

For years, the United States has been Portugal’s top non-EU trading partner and a source of foreign direct investment, creating jobs and wealth on both sides of the Atlantic.  In addition, the United States receives one quarter of Portugal’s total exports to non-EU countries. The increase in these numbers, over the last three years, is a testament to our deep economic ties.  American consumers buy from Portugal helping fuel Portuguese industry.

U.S. companies from all sectors continue to flow into Portugal to establish or expand their operations. This trend reflects the wealth of opportunities Portugal has to offer. From advanced renewable energy resources, to an ever-more qualified workforce, in addition to access to the broader European Union market, makes Portugal an attractive destination for American businesses.

The U.S. companies in Portugal make a significant and long-lasting economic impact.  We are all aware the United States has been a leading partner for the Portuguese startup ecosystem and in financing Portuguese startups, fueling innovation and job creation. Furthermore, many of these U.S. companies locate their regional operations in Portugal to support and grow their business in Europe, Africa, and other parts of the world. When American companies come to Portugal, they come to stay and become part of the community.

I also want to underscore – and this ties directly into our deep bilateral friendship and your own economic recovery post-COVID:  No country has done more than the United States to support Portuguese entrepreneurship and innovation. This type of investment fuels industries contributes to Portuguese development, and ultimately creates jobs.

The United States also contributed to the tourism sector, in 2019 over 1.2 million U.S. tourists visited Portugal representing an annual grow of 23%. It also makes the United States the second non-EU country in terms of visitors; Americans have a special affinity for Portugal. I know this is a tough time and tourism has suffered as no other, but I can promise as soon as we can freely travel, Americans will be knocking the door down to get here.

I will be doing my part to promote Portugal; next week my wife Mary and I will be driving route N2 from Faro to Chaves visiting the heart of Portugal with a social media campaign throughout to show off Portugal’s interior wonders and what they have meant to me and Mary and our Mission – we will be sharing with Americans and other followers on social media just how special this country really is.

This report illustrates the immense breadth and depth of U.S. investments in Portugal, not just buying companies, but investing in greenfield projects, building, creating jobs, and becoming part of the community.

What is equally fascinating is Portuguese startups and tech companies are finding success in the United States. It really is a two-way street.  The U.S. provides established and pioneering Portuguese companies the opportunity to become a part of the pro-growth business environment in the United States; the success has been phenomenal with a growing list of Portuguese-DNA ‘unicorn’ companies valued at $1 billion plus and all include the United States central to their strategy.

Despite the current global economic turmoil thrust upon us by the pandemic and uncertainty in the year ahead, Portugal’s economy seems well-positioned to weather the storm due to the leadership Portuguese government.  At the same, improving trade and investment ties remains a priority for both our nations – in trying times friends support and turn towards each other and remain “side-by-side.”

With a goal of mutual prosperity in mind, I would like to thank each of you who contributed to the growing success of business relations between Portugal and the United States.  I would also like to express my gratitude to the AmCham Portugal for the hard work they have done and will continue to do to help American companies succeed in Portugal.