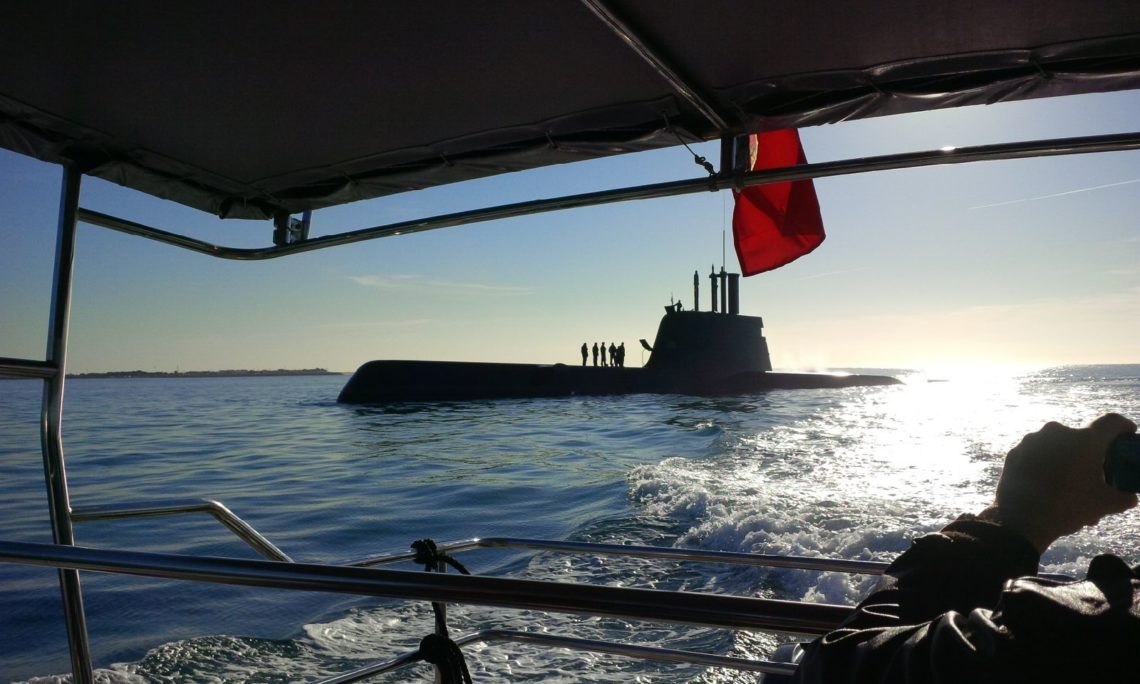 During the orientation, Lieutenant Frade showed the American delegation the advanced sensor and weapons systems and explained how the boat operated at sea.  “Due to the advanced construction, this submarine is acoustically very quiet.  It is virtually undetectable when operating submerged,” he said.

“This was a fantastic opportunity to see first-hand everything that I’ve been hearing about the Portuguese Navy’s submarines,” said Sherman.  “I’ve heard that these subs are some of the most sophisticated in the world, and some of the most lethal weapons in the NATO alliance, and now I see why.”

“What really struck me was the crew,” Sherman continued.  “The submarines are commanded by a Navy lieutenant—a lot of authority and responsibility for a Navy lieutenant—but the Commanding Officer has an impressive amount of experience in submarines.  These guys are highly educated professionals.  The average crewmember had over 10 years of experience, and that means that they know what they are doing.  The submarine corps really is an elite part of the Portuguese Navy, and crucial part of our NATO alliance.”

“I think it is fitting that in my last visit with the Portuguese Navy, I was able to observe and understand a bit more about their ‘Silent Service.’  Not only do they have some very capable submarines, but they also have some very impressive personnel.  Together, they provide a key capability to the NATO alliance.”

The two Portuguese type 209PN submarines have a primary mission of intelligence, surveillance and reconnaissance (ISR), and also anti-ship and anti-submarine attack missions.  The can also conduct mining operations.