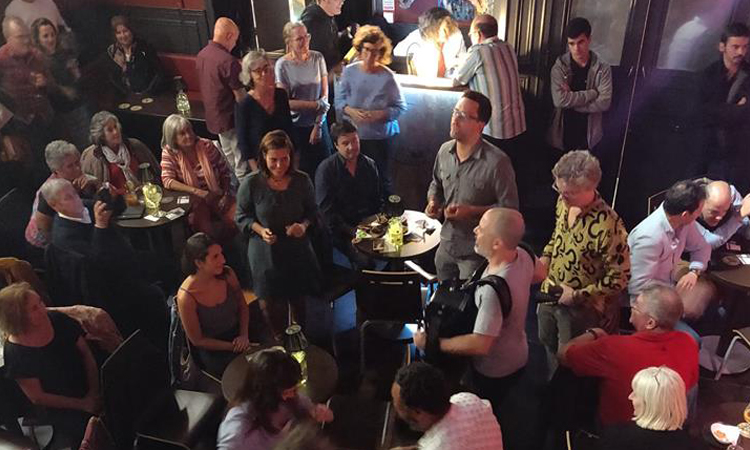 At the invitation of the American Embassy in Lisbon, the American band Matuto did a five-city tour of Portugal from October 28 thru November 3, 2018, with concerts in Ponta Delgada, Coimbra, Porto, and Braga to support and strengthen the connections between Portuguese and U.S. creative communities.  Matuto’s style of music, which combines Brazilian forró and American bluegrass and jazz, is a true celebration of the diversity and excellence of American music.

Along their tour, Matuto conducted educational workshops for music students and music lovers in a wide variety of contexts. The workshops addressed the “New approaches for Arts Promotion” and featured lead guitarist Clay Ross. The themes discussed focused on musical entrepreneurship and included topics such as “From Dreams to Objectives,” “Promotional Materials,” “The Art of the Deal,” and “Funding Sources.”  After their performance in Ponta Delgada and before traveling to the North, Matuto led a master class at the Lisbon Polytechnic Music School in Lisbon.

The free, public concerts, as well as the workshops, drew great audiences and underscored the Embassy’s priorities of promoting entrepreneurship, as well as organizing impactful professional and cultural exchanges.