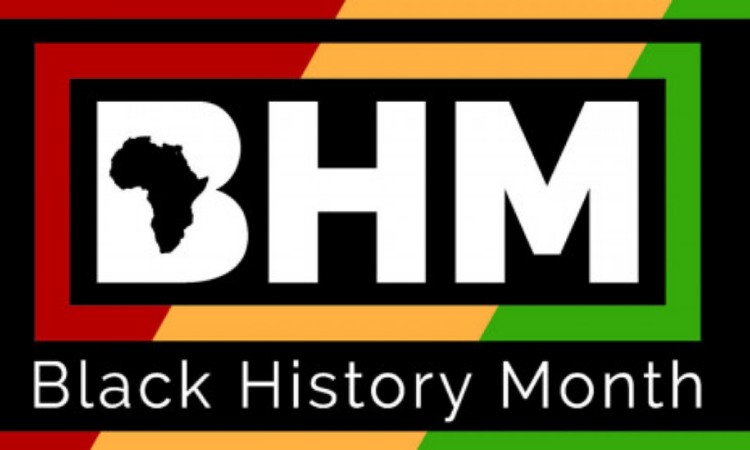 Black History Month is one of the most widely-celebrated of American, federal months. It was originally established in 1926 as Negro History Week by noted African-American author and Harvard University scholar, Dr. Carter G. Woodson. Dr. Woodson’s hope was that this special observance would remind all Americans of their ethnic roots, and that the commemoration would increase mutual respect. In 1976, the celebration was expanded to include the entire month, and it became known as Black History Month, also called African American History Month. The month of February was chosen since it contains the birthdays of Abraham Lincoln and Frederick Douglass.

In honor of Black History Month, the U.S. Embassy organized a number of outreach events, including speaker program with Smithsonian, a youth author’s reading, a film discussion, Arts Envoy Step Afrika!’s international debut post-pandemic, soul food cooking with the Marines, an HBCU event, and a closing virtual reception. The U.S. Embassy used Black History Month as a platform to bridge the experiences of African-Americans and Afro-Portuguese communities, celebrating both communities’ important contributions to society and raising broader awareness about our shared history, culture, and values.

Importance of Diversity in the U.S. Diplomatic Corps Community

To harness the diversity of our wider diplomatic community’s skills sets, we invited students and teachers to Captains and Cookouts to highlight the legacy of African-American Marines through a Black Marine at post with a chef’s background. The Assistant Detachment Commander cooked 30 meals made with traditional soul food for an online audience, emphasizing not only the concept of ‘soul food,’ but also the American values of service and volunteerism. The food was later donated to a local NGO that supports homeless and needy families. Later in the month, Principal Officer-Azores gave an address highlighting the first African-American consul in the Azores, William Henry Hunt. The PO noted his connection to key institutions highlighted throughout the month’s outreach, including his portrait in the Smithsonian’s National Portrait Gallery and his memoirs recalling his time in Azores at Historically Black College and University (HBCU) Howard University.

Importance of Diversity in U.S. Institutions

To underscore the importance of the numerous American institutions that honor the diversity and legacy of leaders of African descent in the United States, the Mission hosted two programs. Mapping Currents of Freedom with the Smithsonian National Museum of African American History and Culture, featured the museum’s curator Dr. Paul Gardullo and showcased American expertise leading important, yet sensitive conversations about U.S. history while brokering international partnerships. HBCU Homecoming, livestreamed on Facebook, used the campus event of homecoming – an annual event that brings students and alumni together to celebrate Black culture and school pride – to explain the legacy and history of HBCUs in the United States. The program, which now has more 1,200 views, included alumni panel discussions, EducationUSA resources, and a performance by Arts Envoy Step Afrika!, an American dance ensemble that has toured extensively in the Lusophone world.

Importance of Diversity in Arts and Society

The Mission highlighted how African Americans have shaped American culture and civil society through the arts with three events.  In our Storytellers Summit attended by 315 students and teachers from Portugal and Angola, the Mission highlighted prominent African American authors and African leaders, while inspiring young people to share their stories through an interview and Q&A with 12-year old Angolan-American writer, Otchaly. The Alumni FilmFest, which centered a film on prominent civil rights activist and late congressman John Lewis, also featured a discussion with a USG-funded exchange program alumna of the Study of the U.S. Institutes (SUSI) about the importance of civic engagement and what she learned during her exchange. The third program, Arts Envoy Step Afrika!’s educational workshop, discussed the history of stepping, taught key techniques, and shared insights from their experiences bridging cultures and underscoring American values overseas.

In an interview with daily newspaper Diario de Noticias, the Deputy PAO and D&I Coordinator Krystle Norman underscored the Administration’s commitment to diversity and inclusion, her journey to the Foreign Service, dedication to language learning, and the significance of VP Kamala Harris’ election. Referring to the United States’ shared goals and values with Portugal in Africa, she said “I see Portugal as a bridge between the U.S. and especially Africa. And I was, and am, fascinated by the historical connections, as well as being interested in all the geopolitical dynamics of the region.” Speaking on the significance of VP Harris’ election as a woman and person of color, she said, “Both things represent a major change for our society, a way of showing that diversity and inclusion are core values for the United States. Vice President Kamala Harris is a great source of inspiration for women, for Black people, for everyone.”

To read the full article in Diario in Noticias, visit here: http://bit.ly/3bzdcrK.

Bringing It All Together: Closing Virtual Celebration

The Mission brought all of these elements together during its BHM closing virtual celebration on February 25. The event, hosted by the Chargé d’Affaires underscored American history, culture, and values, while advancing diversity and inclusion goals. The program included: an overview of outreach events, a reading of Maya Angelou’s Still I Rise by the young author Otchaly, remarks by the Principal Officer on the first African-American consul to serve in the Azores, the Diplomacy Center’s video celebrating African American trailblazers in American diplomacy, and remarks from key partners. The event culminated with the international debut of Step Afrika!’s work Celebration, which integrated current events and historical references into a captivating 40-minute, performance.  Step Afrika! blended percussive dance styles practiced by historically African-American fraternities and sororities, traditional African dances, and an array of contemporary dance and art forms into a cohesive, compelling visual experience.