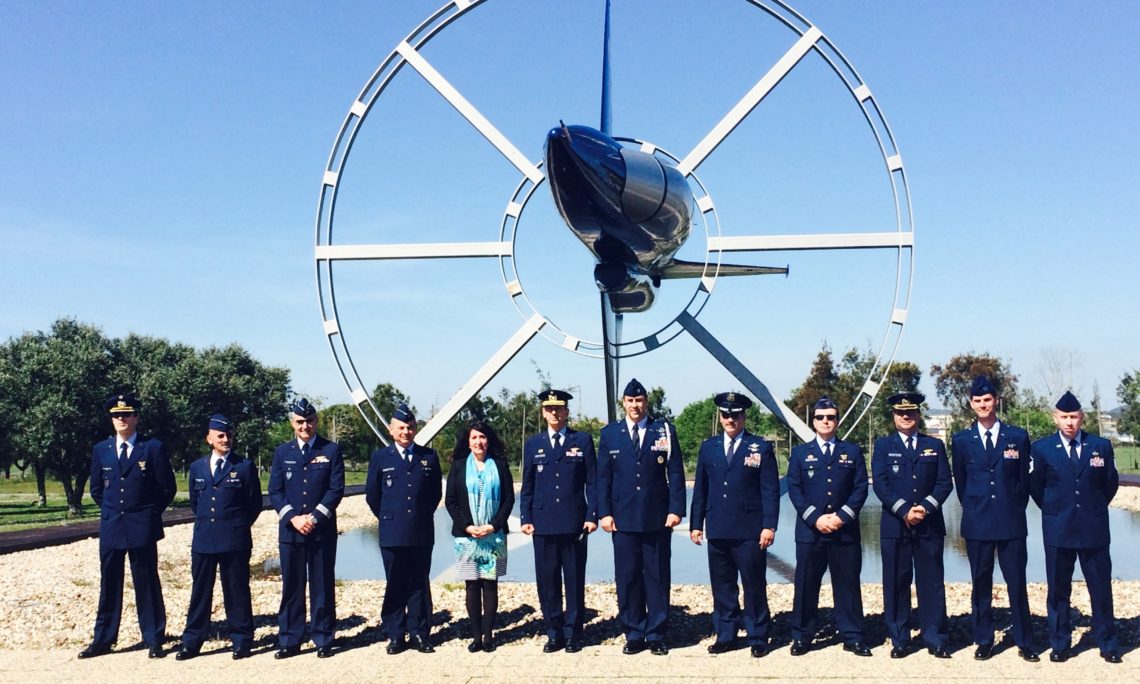 Chargé d’Affaires Herro Mustafa visited the Portuguese Air Force Academy (AFA) in Sintra, meeting with Academy officials, receiving a short tour, and addressing a group of Academy cadets. This is the third Portuguese military academy where Ms. Mustafa has spoken, following successful engagements at the Escola Naval and Academia Militar.

Ms. Mustafa met with Academy leadership and exchanged gifts with the director of the Academy, Comandante Major General Manuel Fernando Rafael Martins. They discussed the positive impacts of the relationship between the U.S. and Portuguese militaries and between the U.S. and Portuguese Air Force Academies, as well as the importance that a U.S.-Portugal Air Force Academy exchange program would have in encouraging ties between young military leaders.

Ms. Mustafa received a short tour of the Academy on the walk from the main building to the theater where she gave her remarks. Along the way, she met the three U.S. Air Force Academy cadets currently in Sintra for a short cultural exchange. The three U.S. cadets and approximately fifty local cadets, including international students from Mozambique and Angola, were in the audience for Ms. Mustafa’s remarks, in which she shared lessons about leadership and reaffirmed the importance of the military.

A Q&A session followed Ms. Mustafa’s remarks, where she commented on the refugee crisis, modern issues of balancing national security with the acceptance of refugees, and her own experience as a refugee in the United States. The event ended with the presentation of a gift to senior cadet Samuel Cabanas.