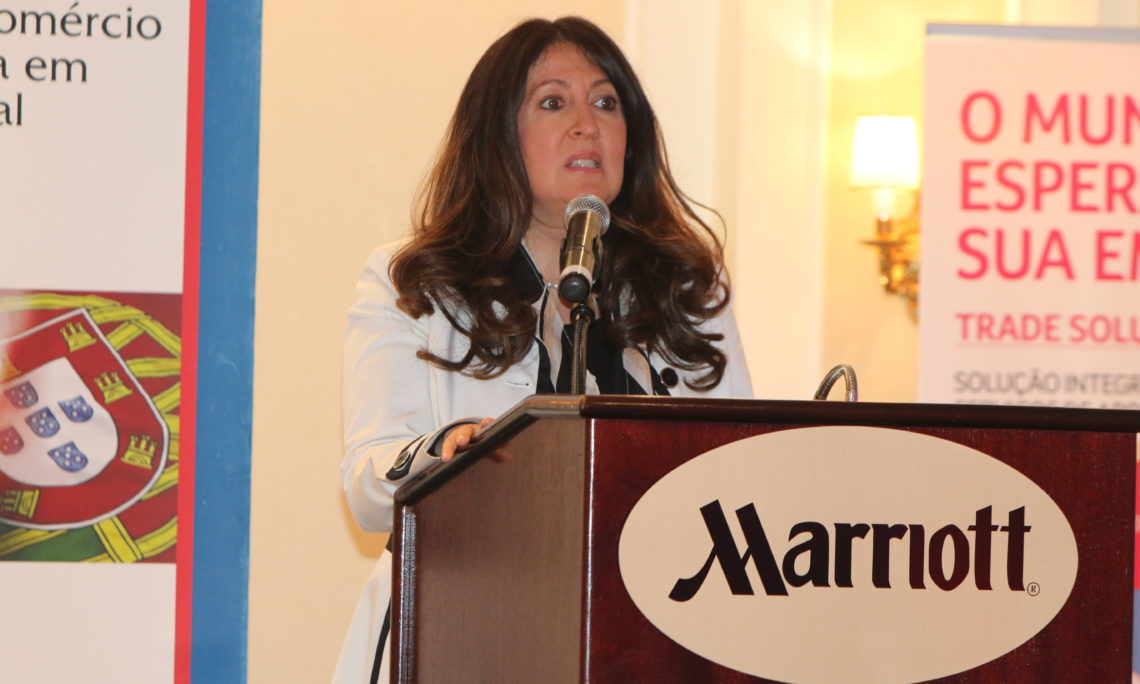 Herro Mustafa, Chargé d’Affaires at the U.S. Embassy in Lisbon, participated as the keynote speaker on May 4 at a luncheon conference entitled “Transatlantic Relations After President Trump’s First 100 Days” hosted by the American Chamber of Commerce in Portugal. While speaking to an audience of members of the American Chamber of Commerce, Chargé Mustafa covered a wide array of topics in the framework of U.S. policy since the inauguration, including NATO, the EU, transatlantic relations, Russia, Ukraine, energy, trade and investment, and bilateral relations.

American Chamber of Commerce President Sofía Tenreiro opened the event welcoming the Chargé and participants.  Chargé Mustafa underlined the importance of the transatlantic relationship, saying “The United States under the Trump administration remains committed to maintaining and expanding our transatlantic relationship and partnerships, keeping what is in the U.S. best interests while improving upon and leveraging our partnerships to do even more to address the top issues of today.”  She stressed the Administration’s full commitment to NATO, calling it “a pillar of transatlantic relations,” in follow-up to statements by President Trump and Secretaries Mattis and Tillerson that the United States fully supports the Alliance.

Chargé Mustafa also discussed the strengthening of U.S.-Portugal relations and commerce.  Regarding the Standing Bilateral Commission (SBC) scheduled for May 11 in Washington, Chargé Herro Mustafa noted that the focus of this particular meeting will be U.S.-Portugal cooperation in the Atlantic, highlighting that the format and focus were new.

On energy, Chargé Mustafa noted that “The U.S. is undergoing an energy revolution.” She highlighted that Portugal, through the Sines port, could serve as a gateway for liquefied natural gas (LNG) from the United States.  She added that “with new technologies, which make the construction of floating LNG terminals cheaper and quicker, transport costs are dropping and Portugal could serve as a gateway to Europe and Africa, as exports (of U.S. LNG) increase exponentially in the next few years.”