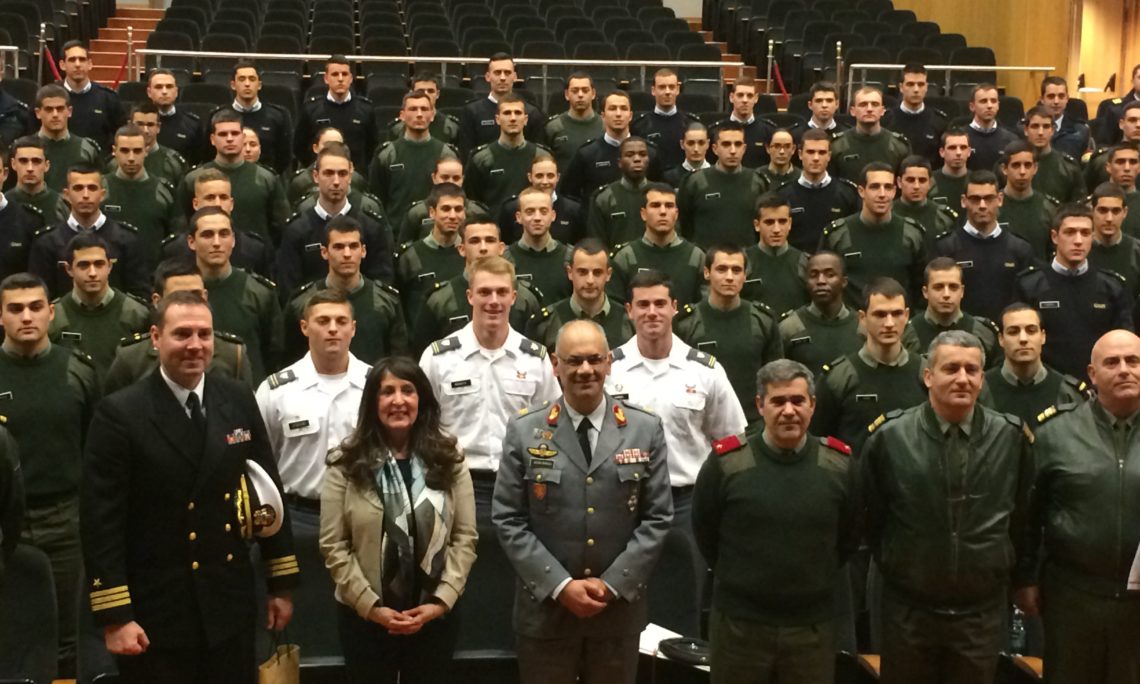 Herro Mustafa with cadets at the military academy

Chargé d’Affaires Herro Mustafa visited the Military Academy in Amadora on 15 March where she was greeted by Major-General João Botelho Vieira Borges, the Commandant of the Academy.  The Chargé delivered a speech to an audience of approximately 120 students and staff focusing on immigration, perseverance and leadership. Following the presentation, the cadets and Chargé Mustafa engaged on a variety of topics including leadership and current U.S. policies.  Chargé Mustafa concluded the engagement by presenting an awards presentation to Roberto Alexandre Rosa Ladeiras, the Academy’s senior cadet.

In addition to approximately 100 second, third, fourth and fifth year Portuguese cadets, the audience included some international students from Angola, Mozambique, São Tomé and Principe, three West Point cadets from the United States, as well as professors and staff.

The Portuguese Military Academy was founded in 1790 and prepares highly qualified Portuguese Army and Republican National Guard Officers to lead in uncertain and arduous situations.  Studies center on national defense and security requirements, developed through teaching, research and community service. The Academy offers five-year and seven-year programs.  Students graduate with a Master’s degree in one of four academic areas with curricula tailored to their future assignments as Army or Republican National Guard officers: military sciences, administration and management, engineering, and health.