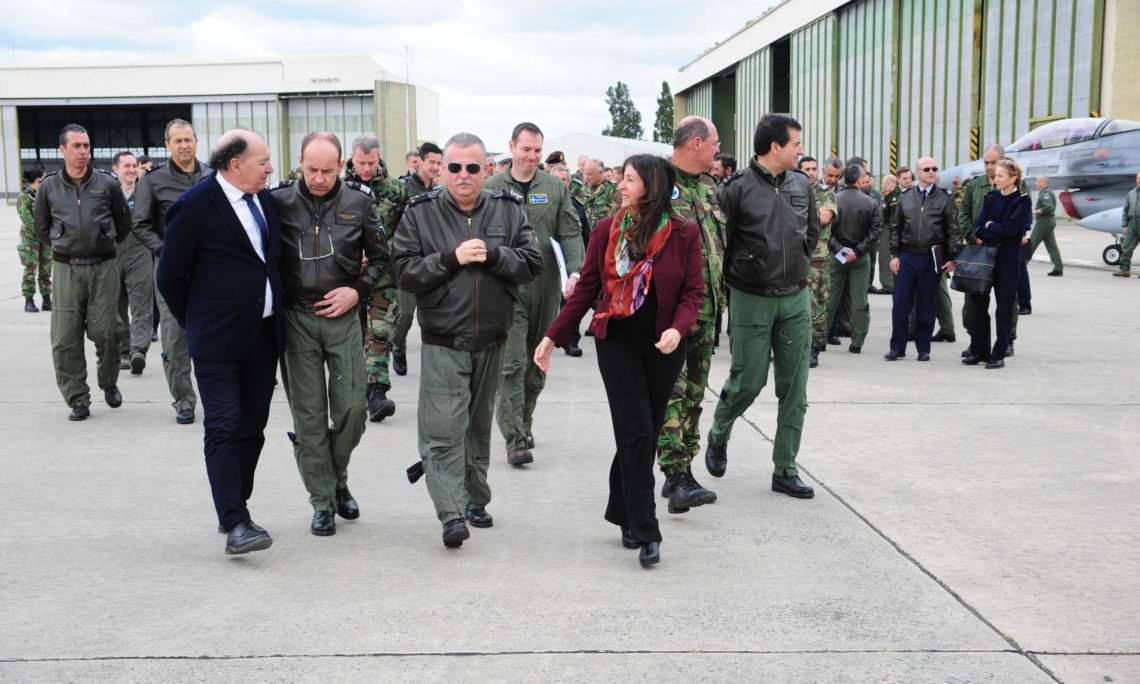 The U.S. Embassy’s Chargé d’Affaires Herro Mustafa participated in the REAL THAW 17 Open Exercise Day held at Beja Airbase, Portugal on March 14.  Chargé Mustafa attended a briefing on the exercise, visited with Portuguese military leadership and U.S. troops, and viewed a demonstration of the simulated exercise.

REAL THAW is an annual Portuguese Air Force training exercise, planned and conducted by the Air Command.  REAL THAW 17 was held March 5-17.  The United States was the largest foreign participant in REAL THAW 2017.

The objectives of the REAL THAW 17 exercise were to certify the Portuguese Air Force flying squadrons and to develop interoperability between participating countries’ militaries in order to prepare them for international missions. REAL THAW 17 took place at Air Base 11, in Beja, where the majority of air assets were based.

The Portuguese Air Force has been conducting REAL THAW since 2009. In addition to the United States, other foreign participants include Belgium, Denmark, France, the Netherlands, Spain, and NATO AWACS. In total, 1000 military personnel and 35 jets, planes and helicopters participated in this year’s edition of REAL THAW.

This air support exercise included the participation of approximately 300 U.S. Airmen, Soldiers and Marines from the Air Force’s 37th Airlift Squadron, Army’s 173rd Airborne Brigade and Special Purpose Marine Air-Ground Task Force.   A total of around 1,000 service members from the U.S., Belgium, Denmark, France, Netherlands, Spain, Portugal and NATO gathered at Beja Air Base, Portugal, to work together in a joint environment to provide a unified response for simulated contingencies.  Due to the proximity of land and sea training, Portugal offers a unique air space for a wide array of exercise scenarios.