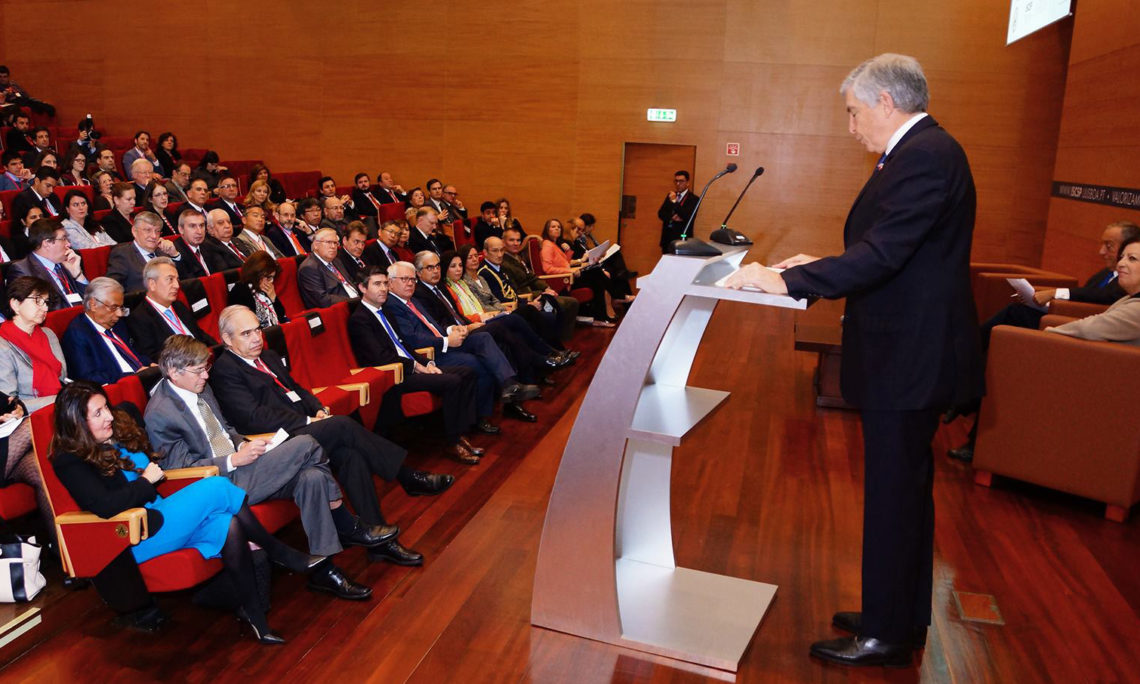 On December 7, the University of Lisbon’s School for Higher Social and Political Studies (ISCSP) hosted the conference “Portugal and the United States: Partners in a Changing World”, an event sponsored by the Office of President Marcelo Rebelo de Sousa which included the U.S. Embassy and the Luso-American Foundation, FLAD, as partners.  The opening session speakers were President Marcelo Rebelo de Sousa, U.S. Ambassador Robert Sherman and Professor Alice Trindade from ISCSP.

In his remarks the President highlighted the importance of the Azores, argued for stronger ties between Portugal and the U.S., and noted that “whichever way the world turns, geography does not change. The Atlantic Ocean will continue to connect the U.S. to Europe and the Azores will always be the first door to Europe.” In what regards bilateral relations, President Rebelo de Sousa said “It is up to the political decision-makers not to settle for what we have and to aim for more for the mutual benefit of our countries. They can transform what has brought us together into tangible actions and to turn what is still just seen as potential into reality.”

In his speech U.S. Ambassador to Portugal, Robert Sherman, referred to the Portuguese President saying “has a brilliant analytic mind, is a deep strategic thinker, and possesses the political and communication skills necessary to galvanize support for his message.”

Speakers at the conference agreed that there is still a lot of uncertainty about what the Trump presidency will be like, and thought that the signs that have been given since the November 8 election are more important that the electoral rhetoric. U.S. Embassy Deputy Chief of Mission Herro Mustafa said that “Barack Obama also had many foreign policy ideas, but eight years later Guantanamo is still open, the relations with Russia are not better, and the relation with Syria cannot be classified as friendly.” Mustafa went on to say that “we should give the new President space, and wait until the whole State Department team is nominated [including the Deputies and Assistant Secretaries] to understand what it will be like.”