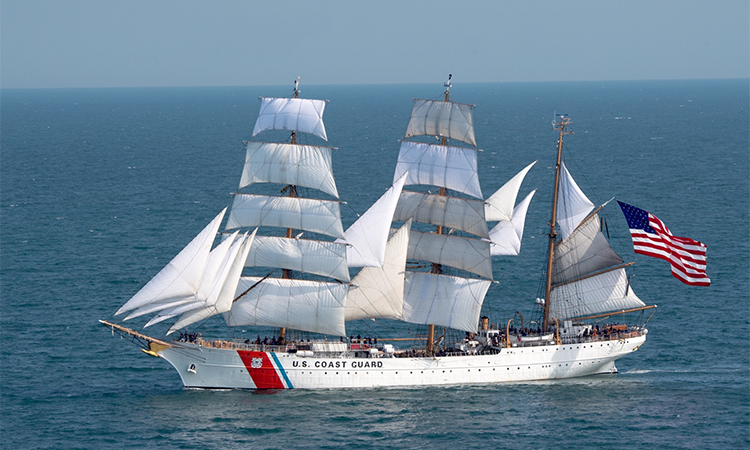 A sister ship of the Portuguese school ship NRP Sagres, the U.S. Coast Guard Cutter Barque Eagle, “America’s Tall Ship,” arrived in in Praia da Vitória, Terceira island, Azores on July 3 for a three-day visit. The ship was open to public visitation during the first day.

On July 4, Eagle was the venue for the Consulate’s Independence Day reception, which was accompanied by celebrations with live music and dancing featuring the Filarmónica União Praiense and the “On the Road” band, followed by fireworks in Praia da Vitoria.

With a sparred length of 90 meters (295ft), the Eagle was built in 1936, in Germany, and was acquired as war-prize reparations in 1946 from Germany after World War II. This ship offers future officers the opportunity to put into practice the navigation, engineering, and other professional theory they have learned in the classroom. Check here to know more about the Eagle.