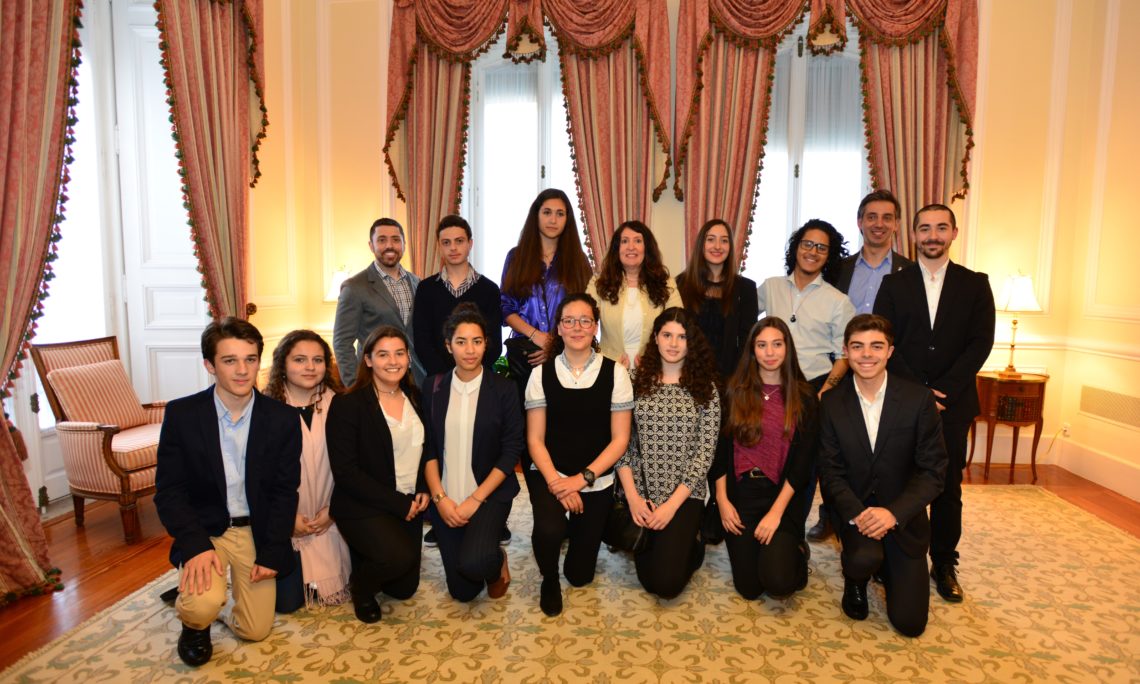 The Embassy, in partnership with EducationUSA and Fulbright Portugal, hosted a reception on March 31st in honor of seven visiting U.S. universities to highlight their presence and facilitate contact with Portuguese education stakeholders and participation at the U.S. college fairs in Lisbon and Porto. Coordinated by EducationUSA, the universities showcased their academic programs across Portugal beginning at an education fair in Porto and visiting the Oporto British School and the Oeiras International School, ending with the Futurália Education and Job Fair in Lisbon.

This was the fourth year in a row that the Embassy and Fulbright hosted an EducationUSA delegation for a U.S. college fair, the third year that it coincided with Futurália, and the first year that it went to Porto.

Futurália is the largest educational and job-themed fair in Portugal and annually attracts up to 50,000 students, their parents and teachers.  It was held March 29 – April 1, and the Embassy and Fulbright participated at an EducationUSA booth at the fair.  The visiting universities participated during one day at Futurália, March 31.  The Embassy’s American Corners supported the attendance at the EducationUSA booth highlighting their resources and programs, including MakerSpace equipment such as a 3D printer. In the last couple of years, there has been a steady increase in Portuguese students going to the United States, reaching over 900 last year.  There has also been a sharp increase in the number of U.S. students coming to Portugal, doubling the number in the last two years.  However, there is room to grow.  There were only about 420 American students in Portugal last year, compared with more than 4000 Americans studying in the Czech Republic – a country about the same size as Portugal.

The Embassy, in partnership with Education USA and Fulbright Portugal, support student mobility through international student recruitment and exchange programs.