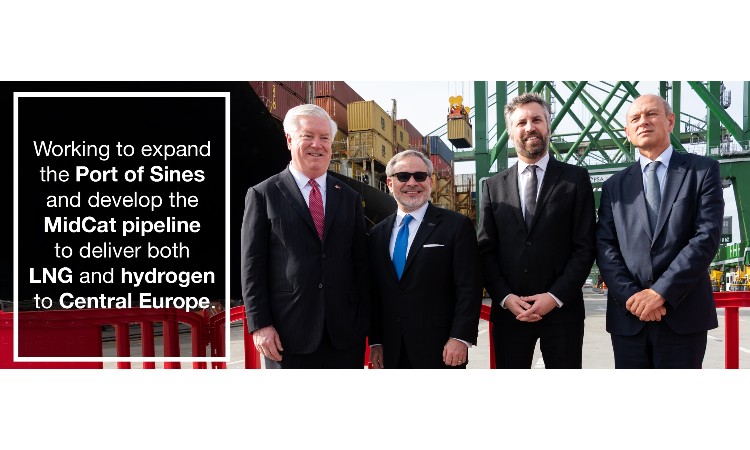 SINES, Portugal (AP) — The U.S. government and businesses are eyeing an Atlantic port in Portugal as a springboard for expansion and an increased presence in Europe, the U.S. energy chief said Wednesday.
The planned expansion of Sines port’s container and liquefied natural gas terminals present “an enormous opportunity for U.S. industry, as well as the government,” Dan Brouillette, the U.S. Energy Secretary, told The Associated Press.
“This is the closest (European) port to the U.S.,” he said in an interview at Sines, about 150 kilometers (90 miles) south of the Portuguese capital Lisbon. “This port serves as an important gateway to Europe.”
Read more.