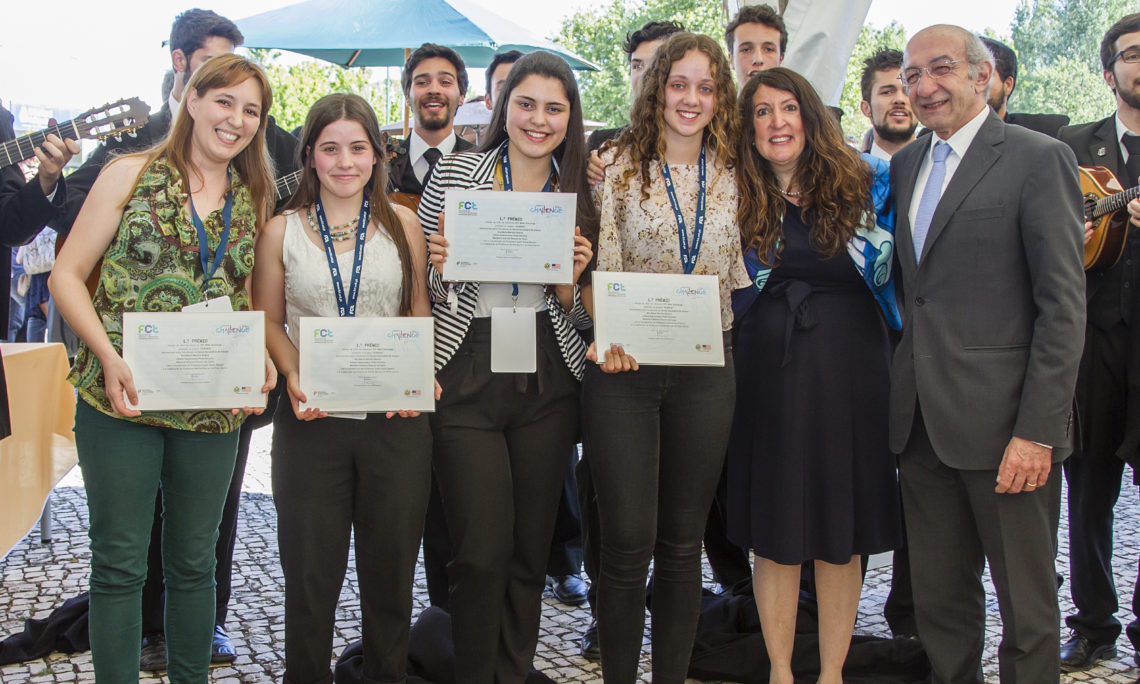 As part of our ongoing partnership with Nova University’s Faculty of Science and Technology through the American Corner program, on June 7, the Chargé d’Affaires Herro Mustafa awarded the first prize to the winning team of the 2017 edition of the FCT NOVA Challenge – powered by U.S. Embassy.

FCT NOVA Challenge – powered by U.S. Embassy was a competition sponsored by the Embassy for secondary school students fostering innovation and creativity in the areas of Science, Engineering and Technology. In groups, students from all around the country were challenged to present an innovative idea/project or a prototype aiming to improve or solve a scientific, engineering or technological problem.

For the second year, the Faculty of Science and Technology and the U.S. Embassy teamed up to bring creativity, problem solving and science to the secondary schools setting. Twelve finalist teams were chosen to present their projects in the awards ceremony. “OUREKA!” was selected as the winning project of this year’s edition. OUREKA proposes developing a model that allows for the detection of very low pollutants of endocrine disruptors in coastal ecosystems, namely via sea-urchins. Or better described in their own words: “Ouriço do mar como sensor vivo da poluição”.

The winning team is from the secondary school of Arouca, from the region of Aveiro. OUREKA is composed of students Ana Maria Duarte, Liliana Ferreira and Marlene Costa, and the teachers Joana Raposo and Marilia Garcia. In addition to receiving a monetary prize, the team will travel to the U.S. to visit NASA, among other institutions.

Congratulations OUREKA!!!  The Embassy is sure that you are all ready to make your ideas and dreams a reality.