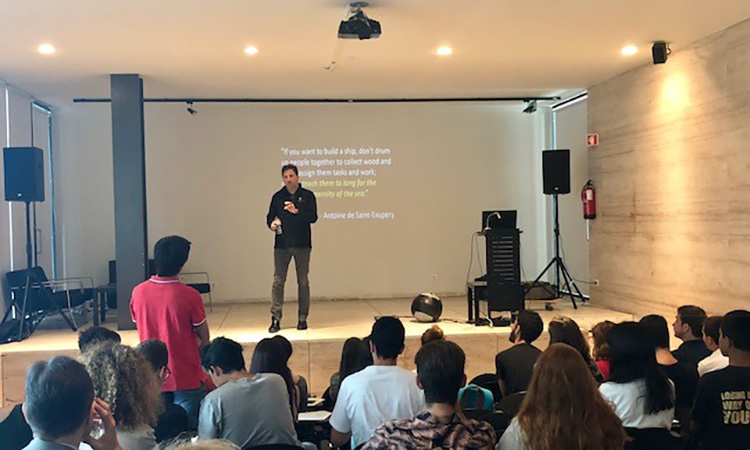 At the invitation of the American Embassy in Lisbon, Thomas Markusic, rocket scientist and CEO of the privately owned aerospace company Firefly Aerospace, which develops vehicles for commercial launches into orbit, was in Portugal from July 13-17. The Embassy took him on a seven-city tour, which included great stops in Porto, Aveiro, Dark Sky Alqueva in Monsaraz, Coimbra, Lisbon, Ponta Delgada and Angra de Heroismo.

Prior to co-founding Firefly, Markusic served in a variety of technical and leadership roles in new-space companies and before that he worked at NASA and the USAF, where he was a research scientist and propulsion engineer.

In the past, space was only accessible to large companies and governments. Markusic and his company are part of the “Newspace” movement that wants to make space more accessible to everyone by lowering costs dramatically and creating products that allow for the commercialization of space. During his presentations to students, entrepreneurs, and government contacts, he discussed the challenges and opportunities that “Newspace” brings up.

This visit was an opportunity to promote mutual prosperity by encouraging relations between entities in the United States and Portugal in the areas of Science, Technology, Engineering and Mathematics (STEM) to promote research.