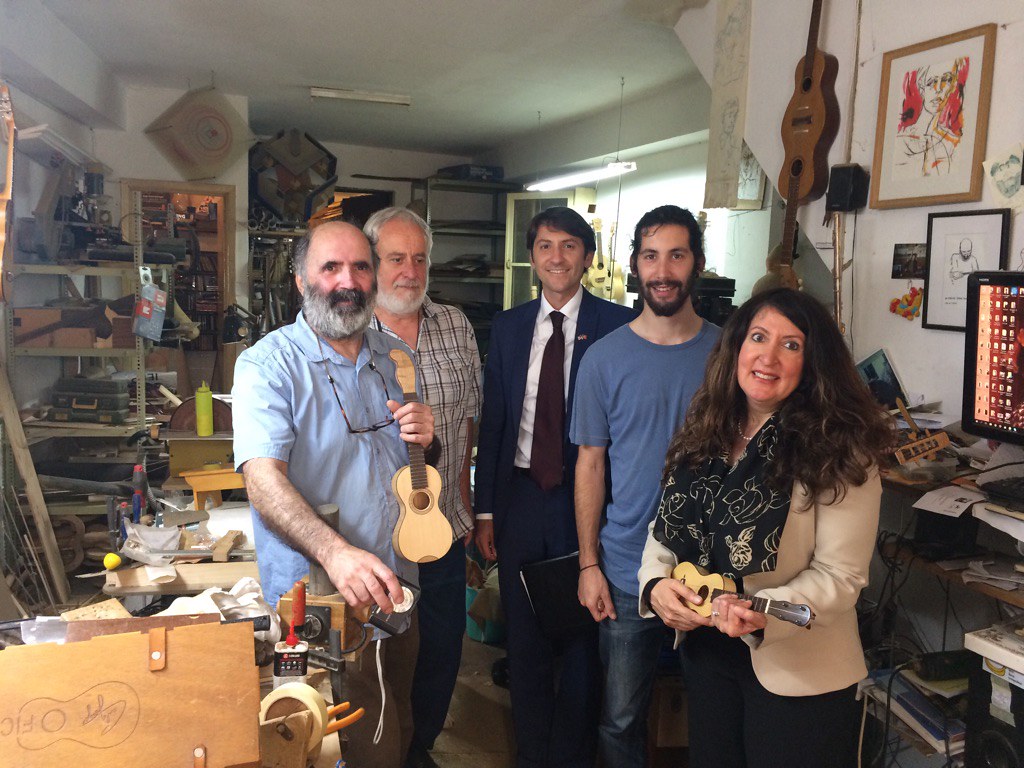 On her first official visit to Madeira, Herro Mustafa, Chargé d’Affaires at the U.S. Embassy in Lisbon, met with the Portuguese Republic’s representative to Madeira, Irineu Barreto, as well as the Regional Assembly Vice-President Miguel Sousa, and President of the Regional Government Miguel Albuquerque.  This first official visit is based on “the interest and respect that the U.S. government has for the long and historic relationship that Americans have with the island of Madeira,” Mustafa said. She added that in recent months there have been contacts between Madeira and representatives of the U.S. government to address political, economic and security issues.  Mustafa highlighted that the U.S. government is interested in the work Madeira is doing in the field of the economy of the sea as this is one of the issues on the agenda for her two-day visit.  She stressed that the sea is a shared resource between Madeira and the U.S. and therefore there is a common interest in exploring its economic benefits and planning forms of cooperation.

In an interview with Diário de Notícias Madeira, Herro Mustafa, Chargé d’Affaires at the U.S. Embassy in Lisbon explained what it is like to work for the U.S. government, as a woman and as a former refugee and stressed that she has been in the U.S. for 40 years, so she is American and no longer a refugee. Mustafa also explained that President Trump did not say the U.S. would no longer receive refugees but rather that security is a priority for the United States.

One of her goals on this visit to Madeira was to explore collaboration between the region and the U.S. in “areas such as tourism, energy, technologies and the sea.” Mustafa added that Madeira “is an example of stability. Stability in politics and economics is an example for all of Europe.” Mustafa added that “Madeira and Portugal can be the entry way of energy for all of Europe.” Chargé Mustafa spoke to a group of students at the Dr. Horácio Bento de Gouveia School in Funchal, an initiative promoted by English teacher Rómulo Neves.