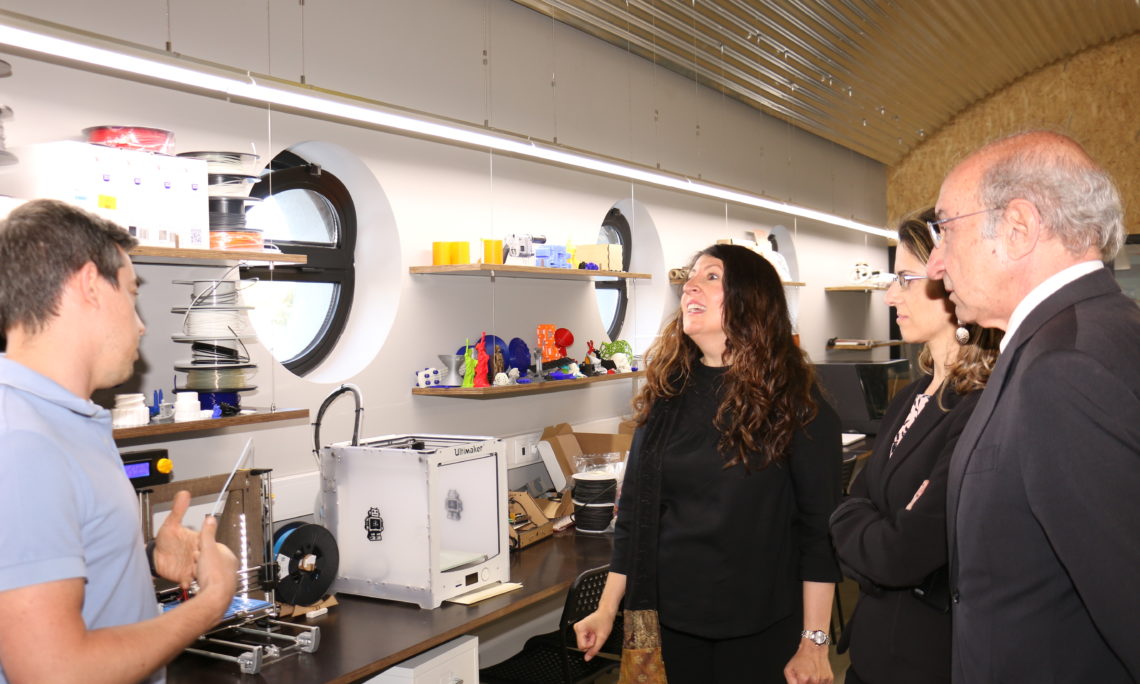 On June 5, as part of our ongoing partnership with Nova University’s Faculty of Science and Technology (FCT) through the American Corner program, the Chargé d’Affaires Herro Mustafa visited FCT and gave a talk entitled “Pursuing the American Dream”.  Ms. Mustafa spoke about her life story beginning as a child refugee from Iraqi-Kurdistan who came to the United States with her family and grew up in a small town in North Dakota.  She talked about the challenges her family faced as new arrivals in America, and their efforts to adapt to a new culture, always keeping in mind the importance of education and perserverance.  Ms. Mustafa described her career in the U.S. the Foreign Service, from when she entered as the nation’s first ever Kurdish-American Diplomat to today as she serves as the top U.S. Diplomat currently posted to Portugal.  Ms. Mustafa also discussed the eight lessons she learned along her journey and that have helped her succeed throughout her career.

As part of the visit to the Faculty of Science and Technology, Ms. Mustafa visited the American Corner and its Digital Innovation Center, as well as the recently inaugurated “FCT Fab Lab – Powered by the U.S. Embassy”. The Fab Lab concept was developed at the Center for Bits and Atoms (CBA) at MIT, through a course named “How to do (almost) anything,” lectured by Prof. Neil Gershenfeld.  It consists of a set of digital fabrication tools for rapid design, prototyping, and printing.

The American Corner areas provide students from FCT and members of the surrounding community free access to brand new computers, design software, 3D printers and scanners, as well as other multimedia equipment.  The American Corner program also provides a place in which the Embassy and FCT host visiting American experts for talks, presentations, and workshops.  Recently, the Corner at FCT-Nova hosted programs with NASA astronauts, engineers and mission managers, as well as world class scientists in fields ranging from robotics and computer hardware to chemistry and microbiology.