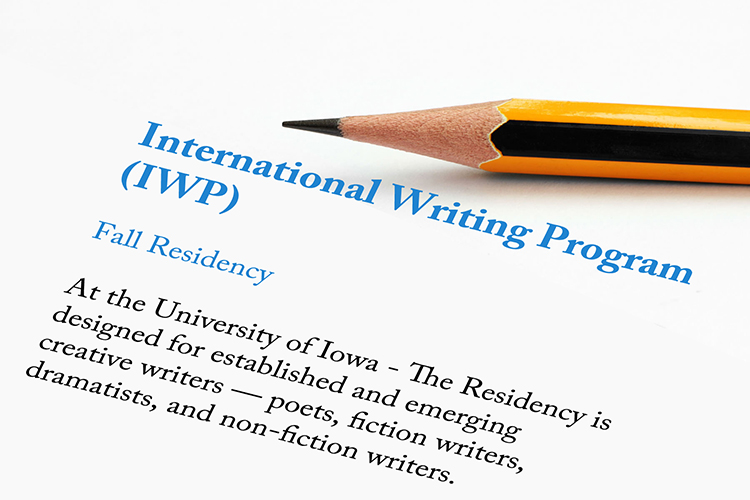 The U.S. Embassy Lisbon is accepting applications from Portuguese writers to be nominated for the University of Iowa International Writing Program (IWP) 2017 Fall Residency. The IWP is the oldest and largest multicultural writing residency in the world, and since 1967, it has hosted over 1,400 emerging and established writers from more than 150 countries. The selected applicant will be nominated by the U.S. Embassy Lisbon to spend 12 weeks in residence at the University of Iowa in Iowa City. The program dates are August 19-November 7, 2017. The U.S. Department of State will cover the participant’s entire program costs including airfare and accommodations. (Note: being nominated by U.S. Embassy Lisbon does not guarantee selection of IWP but it is required to participate in the global competition)

The goal of the Fall Residency is to provide writers with the setting for cultural exchange and the time and space to write, read, translate, study, and to become part of the University of Iowa’s vibrant literary and academic community. Each fall, 30-35 international writers gather in Iowa City for this 12-week residency to work on their own projects, to give readings and lectures, and to interact with American audiences.  Over the course of 12 weeks, aside from working on their own projects, writers will give readings and lectures that share their work and cultures, collaborate with artists from other genres and art forms, and travel and interact with American audiences and literary communities across the United States. Past IWP participants from Portugal include Benigno Almeida Faria (1968) and Patrícia Portela (2013).

To be eligible, the applicant should be primarily a writer of fiction, poetry, creative nonfiction, drama, or screenplays; have at least one published book or volume, or a sizable number of works in significant publications (anthologies, journals, literary magazines) over the last two years, and also display forms of national recognition for their literary work; be fluent in English to benefit from a 11-week writing residency where intensive discussion of literary and cultural issues forms a vital part of the experience; and be comfortable with cross-cultural dynamics and interested in close interaction with artists from diverse cultures and backgrounds.  The candidate should not be a resident of, nor currently residing in, the United States. Priority is given to writers who have not had extended periods of time in the U.S.

To apply to be the nominee of the U.S. Embassy Lisbon for the IWP Fall Residency, e-mail to opalisbon@state.gov no later than April 30, 2017.

Your application package must include the following:

By U.S. Mission Portugal | 1 May, 2017 | Topics: Exclude, Scholarships and Exchanges