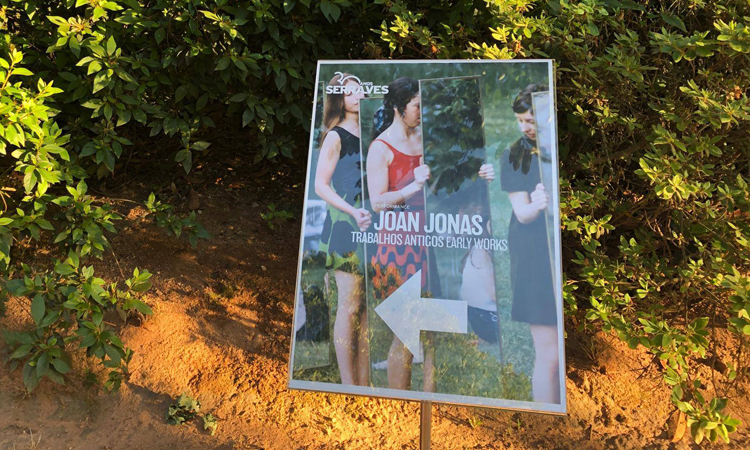 Public Affairs Officer Todd Miyahira was honored to represent the U.S. Embassy in Portugal at the opening of Joan Jonas’ exhibition at Serralves in Porto.

“Partnering with Serralves to showcase the brilliant work of American Artist Joan Jonas has been one of the highlights of my work in Portugal.  You won’t want to miss a chance to see this amazing exhibition of one of the most influential voices in contemporary art,” highlighted Todd.

Joan Jonas became a central figure in the performance art movement in the mid-1960’s.  In the 1970’s, her video performance art began to attract a lot of attention, and today she is a seminal figure in video art.  A winner of numerous awards, including the American Film Institute’s Maya Deren Award and the Hyogo Prefecture Museum of Modern Art Prize at the Tokyo International Video Art Festival, Jonas is also the recipient of many prestigious grants, from organizations such as the National Endowment for the Arts, the Guggenheim Foundation, and the Rockefeller Foundation.