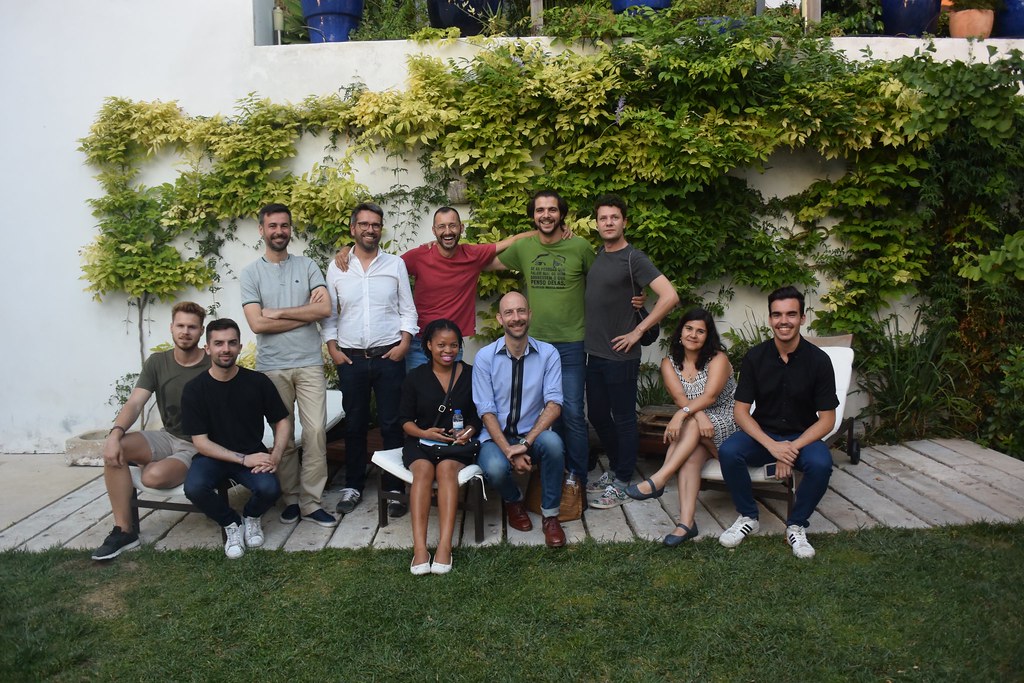 “It was a simple decision to go public that I am HIV+ since 2006”, according to Speaker Cecil Baldwin, “people need role models. Maybe it was easier for me as an actor with the support of my family, friends and loved ones”.  The Embassy brought Cecil to Portugal June 19-22 to raise awareness on HIV issues and to give workshops on story telling.

At a meeting at ISCTE with researchers, Cecil explained that another way to discuss HIV/LGBT issues was to use theater, leading audiences to put themselves in the role of an HIV+ or a gay or lesbian, thereby putting a human face on tough issues. During an informal talk at the Late Birds Hostel in Lisbon, Cecil advocated that art provides effective activism against discrimination, as does sharing personal experiences one on one. A shining example in Portugal of art fighting discrimination was provided to Cecil, during the staging of a play by teenagers on the plight of the refugees, by Teatro Ibisco in Quinta da Fonte, in the outskirts of Lisbon. Teatro Ibisco promotes inclusion through art, seeking through theater to teach minority youth the value of discipline, team-work and art as a tool for empowerment, emancipation and self-esteem.

Cecil taught successful workshops at the Escola Superior de Teatro e Cinema in Amadora and at the FEST Film Festival in Espinho. Cecil explained that in the past six years he has been working with the theater company The Neo-Futurists “whose artistic mission is to use live theatre as a vehicle to tell autobiographical stories about the world around them. When we share our truths with others we are building bridges with our listeners as a way of saying, “This is my experience, perhaps something like this has happened to you.”

During his tour, Cecil also met with staff and clients at  Cascais SER+ Associação Portuguesa para a Prevenção à Sida in Cascais and the children’s home Casa Sol in Lisbon. He also met with the staff of Checkpoint LX in Lisbon; and Centro Gis and Abraço+ in Porto.