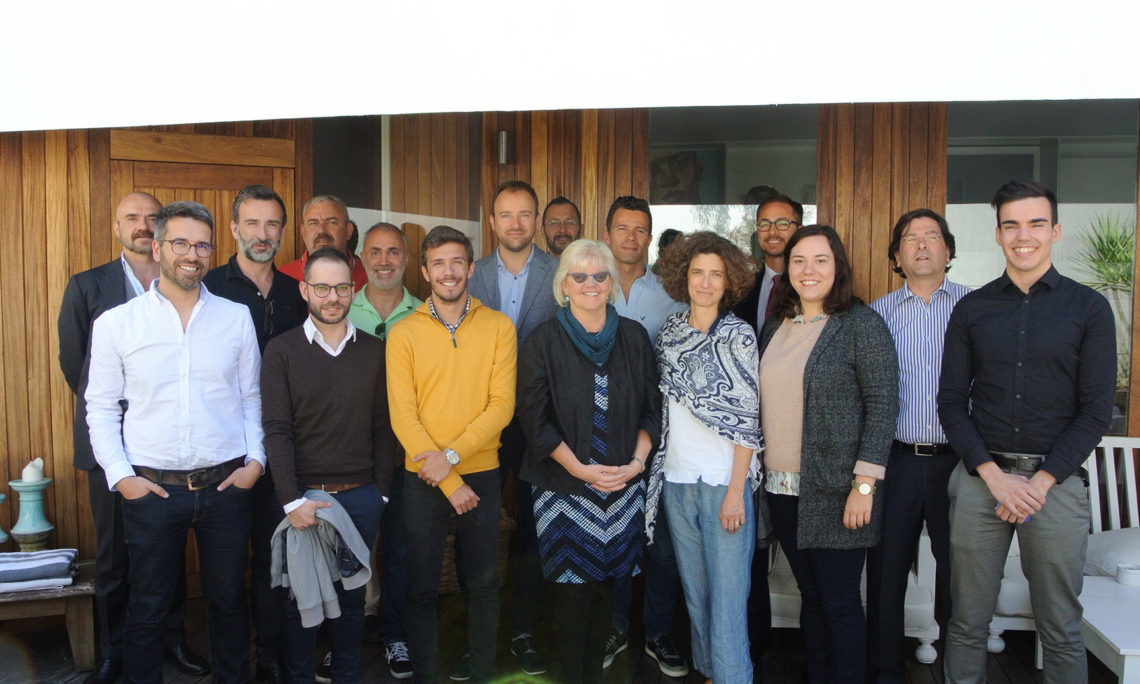 Berry with the working group on LGBTI

“In Portugal the law recognizes full LGBTI workplace rights but people are not coming out”, according to Speaker Selisse Berry, “contrary to the U.S. where people are coming out independent of the law”. The Embassy brought Speaker Berry to Portugal on April 28 to discuss LGBTI social and working rights to help provide a road map on how to move forward on these issues. An initial meeting at ISCTE – University Institute of Lisbon with LGBTI Researchers/Professors concluded that an annual event to give LGBT issues visibility (in particular in the workplace) should be planned to help make LGBTI issues more mainstream to Portuguese society. Speaker Berry then met with the Association of LGBT Businesspeople discussed in detail LGBT issues in the workplace. An informal lunch provided stakeholders the opportunity to get to know the speaker in an informal setting and brainstorm on several issues. The meeting with the Secretary for Equality and Citizenship, Catarina Marcelino, and senior officials from the Gender Equality Commission allowed Ms. Berry and the Embassy to better understand government and civil service policy and for Portuguese officials understand the work of Speaker Berry’s NGO- Out & Equal Workplace Advocates and Embassy initiatives. The day’s programming concluded with a successful Roundtable and Q&A at ILGA (International Lesbian, Gay, Bisexual, Trans and Intersex Association) Portugal’s LGBT Center, entitled “Workplace Doesn’t Rhyme with Closet”, with an audience of over thirty LGBT, youth and general public.

Selisse Berry is the Founder and Chief Executive Officer of Out & Equal Workplace Advocates. Since 1996, Selisse has built the Global LGBT Workplace Equality movement by creating a network of multi-national companies and federal agencies to work toward LGBT education, empowerment, and visibility. When Selisse founded Out & Equal, less than 4% of Fortune 500 companies had LGBT protections. Through her tireless and fervent efforts 96% of companies now protect their LGBT employees. In the past 20 years, Selisse’s work has impacted more than 40 million people in over 50 countries and she has brought the promise of equality to Fortune 1,000 companies and US Government Agencies. Selisse has been awarded with honors from universities, corporations, media institutions, and legislators around the world. Selisse is the editor of Out & Equal at Work and the namesake of the San Francisco Business Times Selisse Berry Legacy Leadership Award. In 2015, she opened Out & Equal’s first East Coast office in Washington DC, where she lives with her wife, Cynthia.