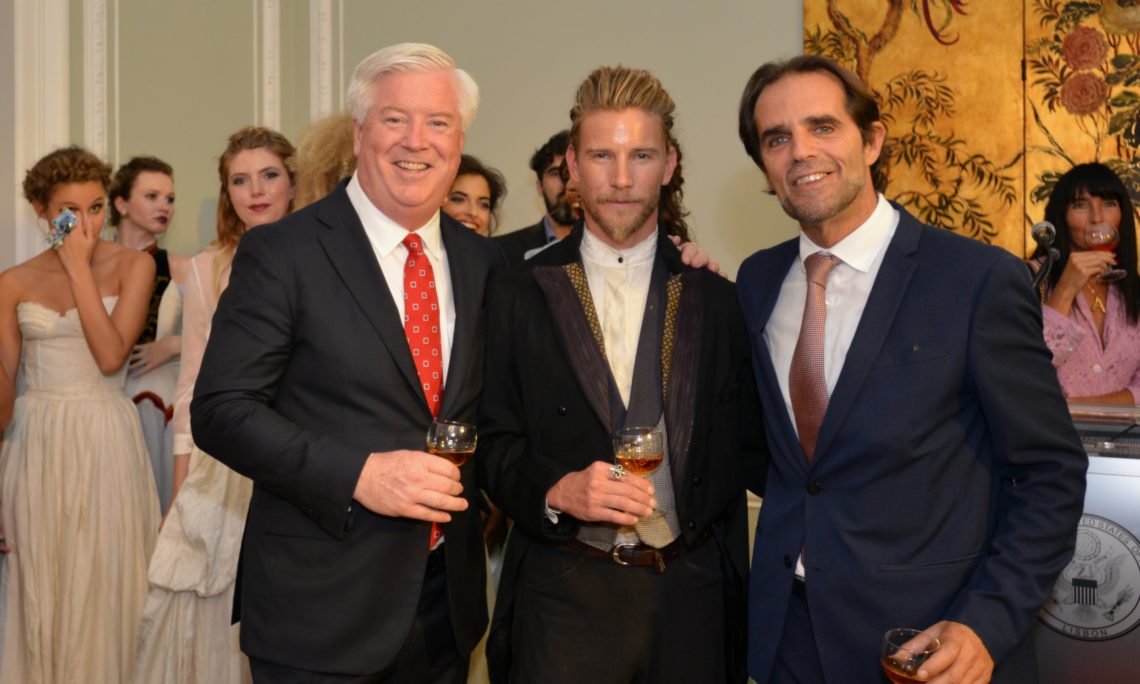 On October 23, U.S. Ambassador to Portugal, George Glass, hosted a reception at his residence. The event featured U.S. Fashion Designer Jeff Garner and the presentation of his collection “Atlantico,” which incorporates craft lace embroidery from Madeira. The President of the Regional Government of Madeira, Miguel Albuquerque, was also present at the event.  This program was the result of a partnership between Jeff Garner, the U.S. Embassy, ExperimentaDesign, and the Madeira Wine Institute.

Mr. Garner is well known for his “eco-friendly” collections and his fashion can been seen on runways around the world. He was named one of 40 top artists in the US and his works were placed into the Smithsonian’s Renwick Gallery for the 40 under 40 Exhibition. Much of Mr. Garner’s success and inspiration arise from his roots and his home in Tennessee.