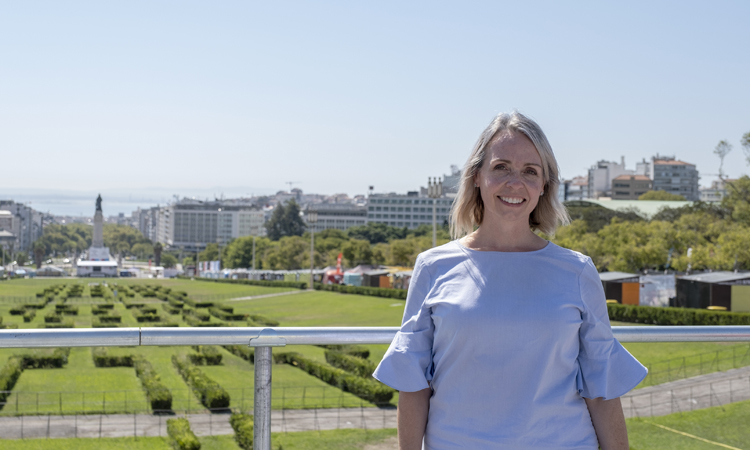 Penny Rechkemmer, the new Public Affairs Officer at the U.S. Embassy in Portugal,  began her career at the State Department through an American Association for the Advancement of Science (AAAS) Diplomacy Fellowship.  Her experiences in the Office of International Women’s Issues, and Bureau of International Organizations led her to join the Foreign Service where she’s served in Mumbai, Lima, and Nassau. Before coming to the State Department, she worked as a research fellow at Johns Hopkins University with at risk youth in one of Baltimore’s most socio-economically disadvantaged neighborhoods. She also worked for the California State Health Department where she focused on environmental health issues in immigrant and native populations.

Born and raised in Iowa, she received a MA and BA in anthropology from Iowa State University, where she conducted field research with women farmers in Ara, Nigeria.  She then moved across the border to Minnesota, where she received a MPH and PhD from the University of Minnesota’s School of Public Health. Penny conducted her PhD research in environmental health, investigating the health effects of cooking fuels on women’s respiratory health in Mysore, India. She has a daughter who is eager to learn horseback riding while in Portugal.

As Public Affairs Officer, Penny has been enjoying meeting Portuguese allies, partners and friends in the areas of culture and education, as well as Alumni. To know more, click here.

We look forward to introducing her to partners all over Portugal during her tenure.