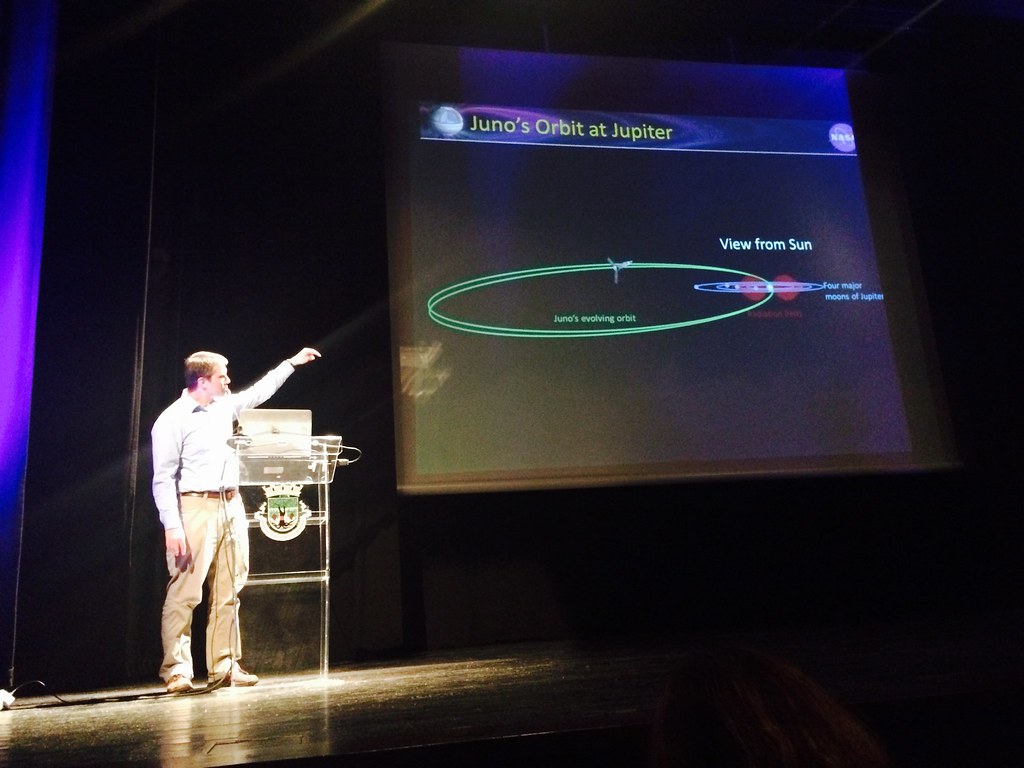 Jupiter is the largest planet in the Solar System. Its beautiful storms and cloud belts are magnificent natural displays of art. But beneath these clouds, we have very little knowledge of how Jupiter works. We know that it has a tremendously powerful magnetic field and its near-gravity-field hints at hidden complexity in the interior and deep core. Its incandescent aurora is seemingly connected to its moons.

NASA’s Juno spacecraft is currently exploring Jupiter and probing the mysteries beneath its cloud tops. Future missions, from both NASA and the European Space Agency, will explore Jupiter’s intriguing major moons which are fascinating worlds in their own right, complete with dynamic volcanism, subsurface oceans, and even locations possibly suitable for life.

Jared Espley also gave a presentation at the Dark Sky Alqueva, in Reguengos de Monsaraz, at the municipal auditorium. While he visited Dark Sky Alqueva, Dr. Espley was surprised to find in the interior region of the country a place dedicated to “investigating and promoting science, especially space, and here it has an extraordinary quality since there is no pollution.”

Jared Espley got his PhD in physics from Rice University in Houston, Texas. He is originally from southwest Virginia but now lives in Maryland. His wife is also a scientist and they have two young children. Through this initiative supported by the U.S. Embassy in Lisbon in association with the American Corners Portugal, Dr. Espley was also interviewed by RTP about the ongoing exploration of the Jupiter system and how this informs humanity about its place in the Universe.