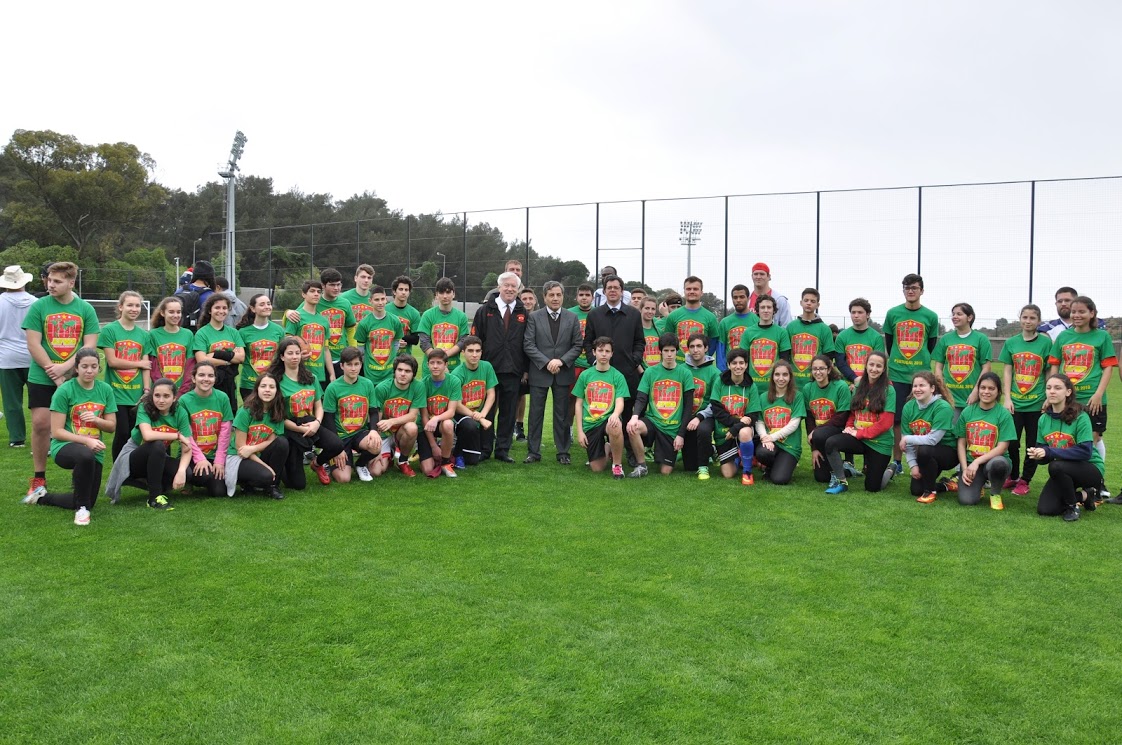 On March 8, 2018 a group of 45 high school students and 5 teachers from Agrupamento de Escolas de Carregal do Sal participated in a day full of activities with the NFL players at Cidade do Futebol. These students came from one of the most affected areas by the fires in October of last year, and they were extremely happy for the opportunity provided by the US Embassy to engage with some NFL players such as Andre Reed, Marshawn Lynch or DeAngelo Williams among others. The students were able to learn about the sport of American football, as well as communicate in English and be able to learn new vocabulary such as “fullback”, “wide receiver”, and “running back.”  Ambassador Glass, the President of the Portuguese Federation of Football, Fernando Gomes as well as the Secretary for Sports and Youth, João Paulo Rebelo welcomed all the participants and mentioned the importance of sports namely the amazing opportunity of combining Portuguese students with American players in such a historic place for the football practice as the Cidade do Futebol. All the participating students received a t-shirt with the logo of The American Football without Barriers organization and there was time for autographs, selfies, and  interviews with the local media that covered the event.

On March 10 and 11, in the Algarve stadium, there was a training camp with the NFL players organized by American Football Without Barriers and the Algarve Sharks which was free for everyone to attend.