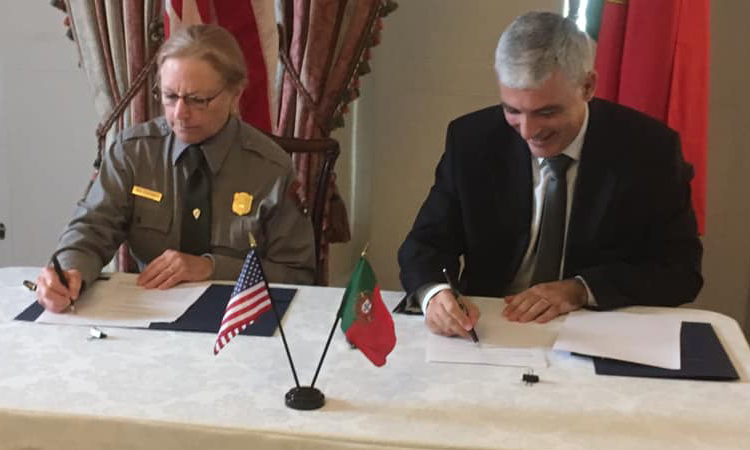 On October 25, the United States of America’s North Cascades National Park and Portugal’s Peneda Geres Park signed a Sister Park Arrangement, the first pairing of American and Portuguese National Parks.  North Cascades Superintendent Karen-Taylor Goodrich and ICNF President Nuno Banza signed the Sister Park Arrangement in a ceremony held at Casa Carlucci in the presence of Ambassador George E. Glass as well as representatives from ICNF, the Ministry of Foreign Affairs (TBC), the Ministry of Environment and Climate Action (TBC).

Ambassador Glass hailed the agreement as a symbol of the shared commitment to conservation and the protection of public lands, highlighting the similarities of the two parks in terms of their rich flora and fauna, transnational boundaries, and mountainous geography.  The Ambassador stated “Having visited both parks, it is exciting to see these true treasures of our respective countries partnering under this sister park arrangement to facilitate and foster future collaboration.”

Sister Park Arrangements are an initiative of the U.S. National Park Service, designed to increase information sharing and direct park-to-park contacts in order to address the common issues facing national parks around the world.