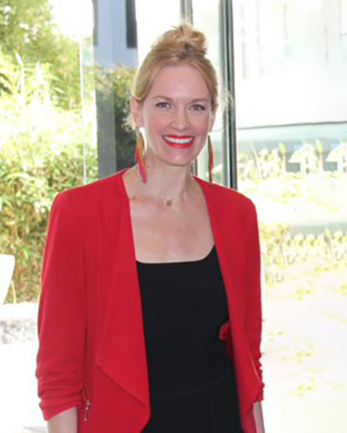 Margaret (Meg) Campbell joined the U.S. Consulate Ponta Delgada team as Principal Officer in June 2022. Meg began her career with the U.S. Foreign Service in 2003 and has largely focused on European Affairs. She served as Cultural Attaché in Vienna, Austria, and in the Bureau of European and Eurasian Affairs (EUR) as a management officer. As Political Officer and Transatlantic Diplomatic Fellow in Berlin, Germany, Meg analyzed and reported on German domestic politics.

In addition to serving in Europe, Meg provided American citizen services in Kingston, Jamaica, and led a team responsible for general services in Riyadh, Saudi Arabia. Most recently, Meg worked in the Office of American Spaces in the Bureau of Educational and Cultural Affairs (ECA) in Washington. Prior to joining the Foreign Service, Meg worked in Taiwan and the
Philippines, and she participated in study abroad programs to Japan, Germany, and Spain. Meg remains an ardent supporter of cultural exchanges as a means to broaden mutual understanding.

A Virginia native, Meg attended the University of Virginia, where she studied German Language and Literature. She is married to Patrick, and they are the proud parents of two sons: Max Elijah and Milo.