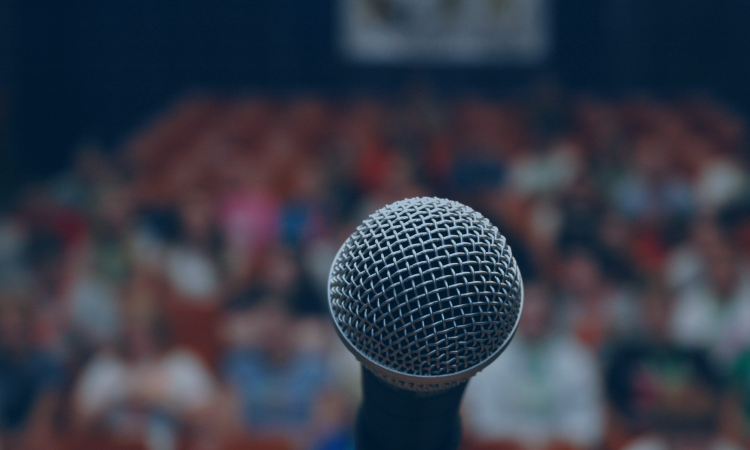 Mary and I are delighted to welcome you to Casa Carlucci.  Tonight, we are marking a proud occasion, the dedication of this historic residence to the memory of The Honorable Frank Carlucci, who passed away after an extraordinary life on June 3rd last year.  I would like to welcome Ambassador Carlucci’s widow, Marcia Myers Carlucci, his daughter Kristin Carlucci Weed, and his son and daughter-in-law Chip and Yvette Carlucci, who have made the long journey from the United States to be with us this evening.

Frank Carlucci’s record of service to the United States was truly remarkable.  One could be proud to have attained just one of the many high positions  that he held in his long career: Under Secretary of a Cabinet Department, Deputy Director of the CIA, National Security Adviser, Deputy Secretary of Defense, and of course Secretary of Defense to President Ronald Reagan at the end of the Cold War.  What we are celebrating tonight is, of course, his service as United States Ambassador to Portugal from 1975 to 1978, the critical years of this country’s transition to democracy.  Frank Carlucci’s great accomplishment as Ambassador was to convince Washington to bet on Portugal’s moderate, democratic forces as the ultimate winners of the Portuguese revolution.

As Professor Tiago Moreira de Sá, who is with us here tonight, tells us in his magisterial book Carlucci Versus Kissinger, in late 1974 Washington was nearly resigned to the idea that pro-Communist forces would prevail in Portugal’s internal political struggle.  Pro-democracy parties were feared to be either too leftist, too weak (or both) to prevent this.  Sent to Portugal in January of 1975, Ambassador Carlucci challenged this conclusion.  He believed that, given the choice, the Portuguese people would vote to keep their nation anchored in Europe, NATO, and the transatlantic bond, and the result of the April 1975 Constituent Assembly elections proved it.  As we all know, the parties that continue today as the Socialists, PSD, and CDS-PP combined to take 70 percent of the vote in that election.  It was far from accepted in Washington, however, that the Portuguese Socialists, who had finished first, would steer developments in a democratic direction.

During the Verão Quente  of 1975, Frank Carlucci and Mário Soares met frequently in a tiny room we call the Crow’s Nest – originally a laundry room – on the top floor of this house to exchange ideas on how to ensure that the Portuguese Revolution did not degenerate into a new dictatorship.  This was a serious fear in Washington, so much so that Henry Kissinger had predicted that Mário Soares would share the fate of Alexander Kerensky, the head of the Russian Provisional Government that was swept away by the Bolsheviks.  In August of 1975, Carlucci journeyed to Washington and took his case for backing Portugal’s democrats all the way to the White House, winning over President Ford and Secretary of State Kissinger.

Washington then placed its bets on Portugal’s democratic leaders, a decision vindicated by the defeat of the coup of November 25.  When Mário Soares visited Washington in January of 1976, the talk with Kissinger had shifted to political and economic support for Portugal’s constitutional transition.  When Portugal’s first Constitutional Government took office in July of 1976, with Soares at its head, Portugal’s democratic future was secured.  Carlucci then advocated successfully for economic support to stabilize Portugal’s finances, and for military cooperation to reform Portugal’s armed forces.

This is a short version of the history, of course, and I certainly don’t presume to lecture you on the finer points of events that many of you experienced yourselves. And I want to be crystal clear that my point is not to claim that Frank Carlucci and the United States brought democracy to Portugal.  Mário Soares and Portugal’s democratic parties did that.  Frank Carlucci’s contribution was to see the situation and Portugal’s society clearly and convince Washington to stand with its friends.

In 2006, Soares and Carlucci gave a joint interview to Público and were asked what would have happened if things went wrong, and Portugal had not taken the democratic path.  Carlucci answered that the State Department would have fired him, and the hardliners in the Administration would have rejoiced at having been proved right.  Soares answered with the understatement, “Para mim, teria sido um bocadinho pior.”  I think it is clear that Frank Carlucci understood that deeply, and therefore was ready to stake his reputation and career to stand with those who were risking even more to ensure the transition to democracy in Portugal.

In retrospect, it seems strange to think that Washington harbored doubts about Mário Soares, because we know now what a committed Atlanticist he was.  I enjoy the story that years later, at a meeting of the Socialist International, a fellow European party leader – it’s not important who – boasted that if he won his country’s elections, he would force the United States to remove a class of cruise missiles from his territory.  Soares replied, “Well, I hope you lose your election.”  Back in 1975, few in the United States were willing to take a chance on a Portuguese Socialist – fortunately, Frank Carlucci took the time to get to know Soares well.

As I have reflected more and more on this critical time – and I am reminded of it constantly living in this house – I have come to appreciate how fortunate it is that Frank Carlucci and Mário Soares were the ones favored by history to play their roles at that critical time.  Of course, Soares was not alone – there were many others who distinguished themselves during the democratic transition – Ernesto Melo Antunes, Francisco Sá Carneiro, General Ramalho Eanes, to name just a few – and Frank Carlucci knew and worked with them all.  But it must be said that the main political question of the day was whether the Portuguese Socialists would reject radical influences and assure Portugal’s democratic, European future.  It fell to Mário Soares and his leadership to make sure this happened, and thankfully, it did.

I’ll bring my remarks to a close – I know I am the only person standing between you and a marvelous performance by Mariza.  I will finish by saying that Frank Carlucci left a tremendous – in a way intimidating – legacy for his successors to live up to.  I feel that every day.  His tenure here, and the American policy that he fought for, conceived, and implemented, are the best example we have of the friendship and trust we Americans have for our Portuguese friends.  By naming this house in Frank Carlucci’s honor, we remember that the strong bonds of friendship our countries share have been forged by leaders like Carlucci and Soares.  We commit that it will continue to serve as space of dialogue, diplomacy, and democracy for generations to come.

With that, I invite all of you to raise a glass with me and toast the memory of Frank Carlucci, and to the enduring alliance and friendship between our countries, which he did so much to preserve and advance.