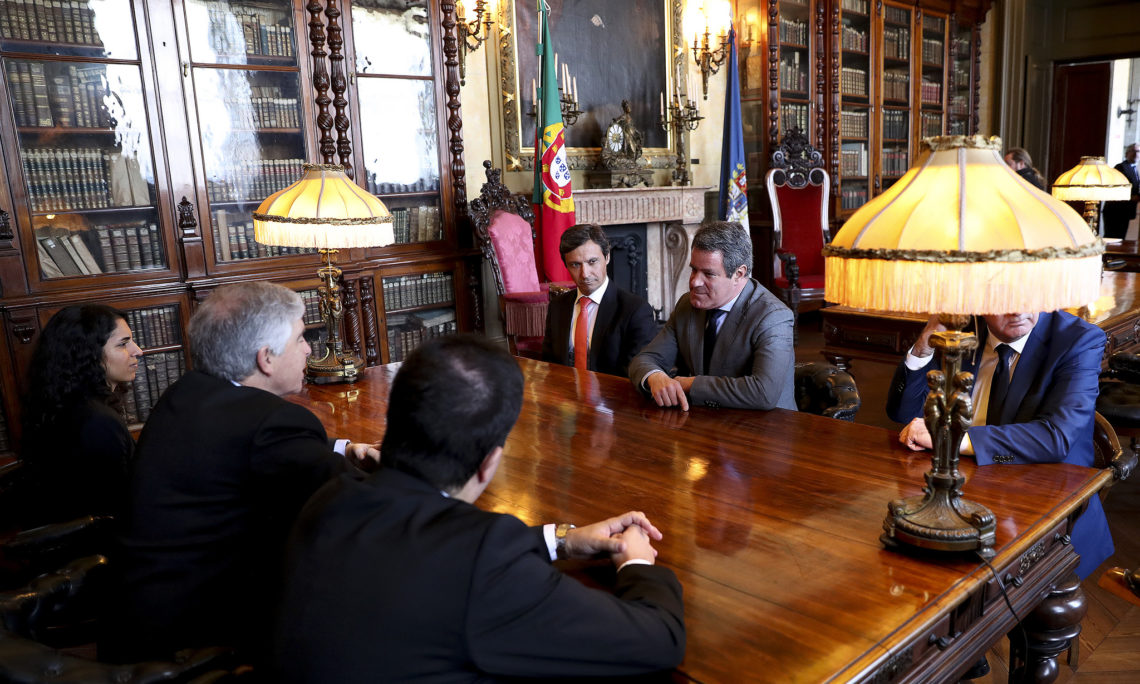 Ambassador Sherman at the Commercial Association in Porto

U.S. Ambassador to Portugal Robert Sherman traveled north to Porto and Vale de Cambra on January 8-9 on his last official trip to the north of Portugal.

Ambassador Sherman met at the Rectory of the University of Porto with Rector Sebastião Feyo de Azevedo, Vice-Rector for Cooperation Fátima Marinho, Pro-Rector for Commerce, Innovation and Entrepreneurship Carlos Brito and the Director for Innovation Maria Oliveira, and discussed existing and future areas of cooperation and exchanges.  At the University of Porto Science and Technology Park (UPTEC), he took part in a round table discussion with approximately 40 UPTEC entrepreneurs and Connect to Success businesswomen, professors and students.

The Commercial Association of Porto, led by Nuno Botelho, hosted a luncheon conference at which Ambassador Sherman delivered a speech that focused on U.S.-Portugal relations.  During his remarks at this event he referred to how the two countries are united, from extreme situations such as the fires that ravaged Madeira last summer, to their participation in NATO, the U.S. presence at the Lajes base and the opportunities created in the labor markets of both countries. He underlined three key themes: “commitment, cooperation and connection.”  The Ambassador also described his experiences in Portugal and in the north, including his participation in the São João Festival, and of the Embassy’s engagement with various partners in the north.