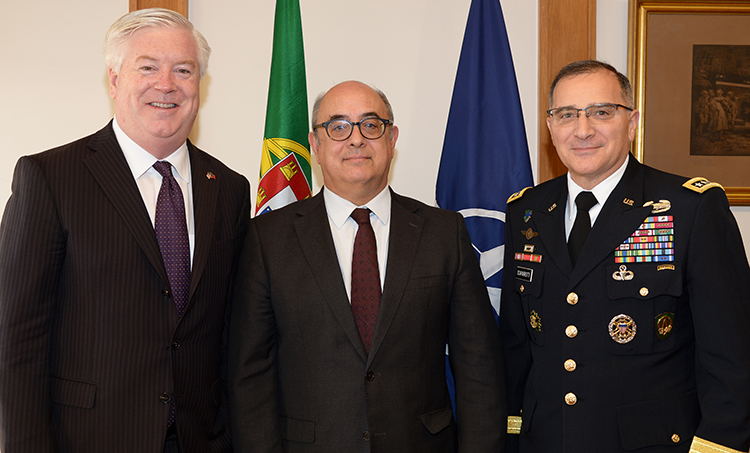 Minister Azeredo Lopes, his director of Policy Nuno Pinheiro Torres, and members of his staff met with US Ambassador to Portugal, George Glass, General Curtis Scaparrotti, and members of the General’s staff.  This visit allowed the Allies to meet and discuss various bilateral and NATO defense topics.

General Curtis M. Scaparrotti, the Supreme Allied Commander Europe – or SACEUR – is one of NATO’s two strategic commanders. SACEUR is at the head of Allied Command Operations (ACO) and, as such, is responsible to the Military Committee (MC) for the conduct of all NATO operations.