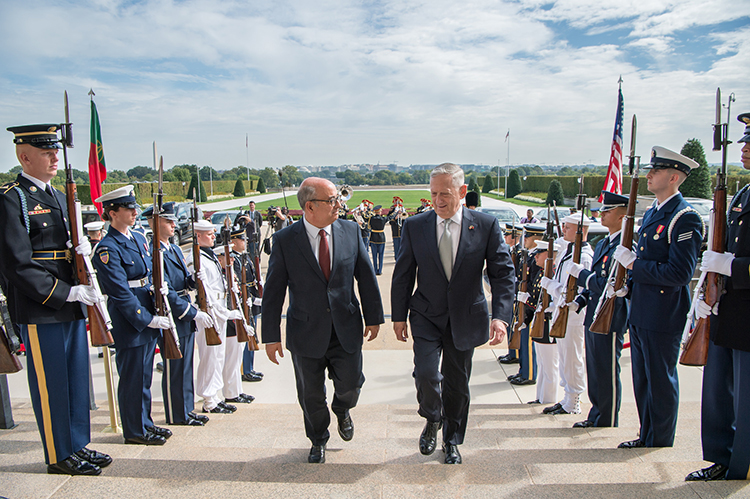 Portuguese Defense Minuster Azeredo Lopes and U.S. SecDef Mattis
Secretary of Defense Jim Mattis met with Portuguese Minister of Defense José Alberto Azeredo Lopes on September 12, 2017, at the Pentagon.
Secretary Mattis highlighted Portugal’s value to the United States and NATO as a longstanding, reliable ally. He thanked the minister for continued support in NATO’s security efforts along its southern flank, and discussed Minister Lopes’ concept for an Atlantic Security Center of Excellence.
Secretary Mattis emphasized the United States’ steadfast commitment to NATO, and praised Portugal for its continued support of the Resolute Support mission in Afghanistan and Operation Inherent Resolve in Iraq. He welcomes Portugal’s commitment to meet the Wales Defense Investment Pledge and invest in modernization.
Both leaders stressed the importance of standing shoulder-to-shoulder against threats to freedom and security.