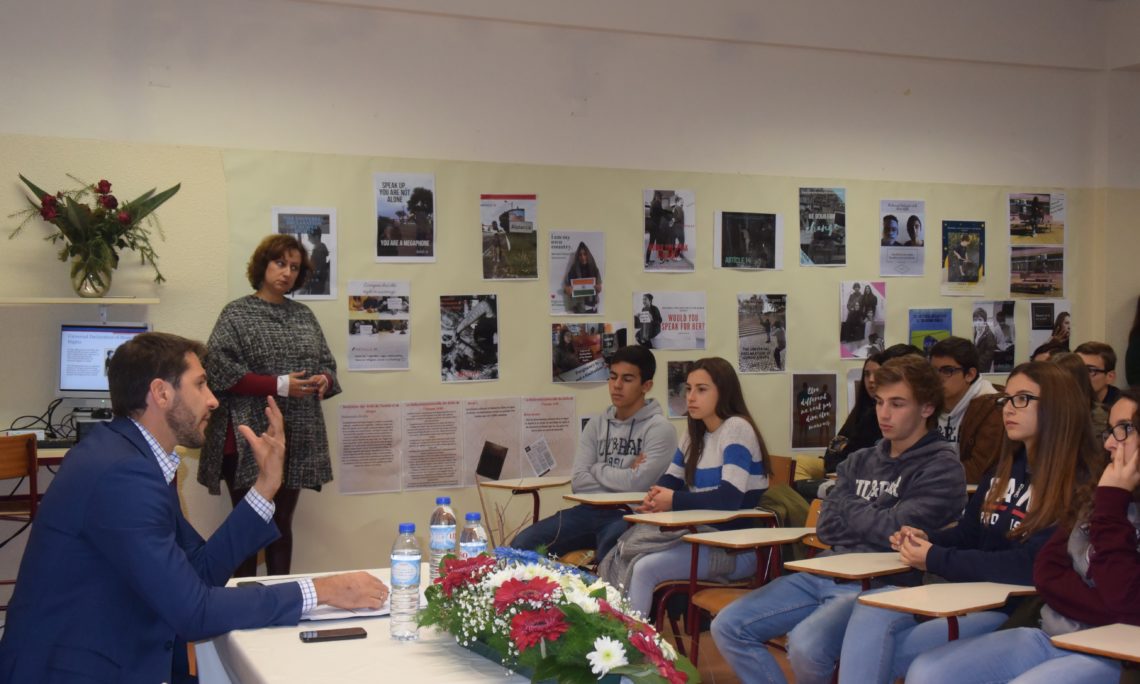 Mr. Gul was received by the English teacher, Dulce Grácio who coordinated this activity at the school together with some other English teachers who were invited to participate with some of their students since they considered the topic extremely important.   In addition to the teachers, Mr. Gul was also received by two students attending the 10th grade who explained him the importance of these visits, namely outside of the larger cities, since usually they don’t have many opportunities to travel outside of their own towns and listen to a native speaker about such important topics. Just before the presentation, there was time to show Mark Gul the posters made by a class of 11th graders who in pairs throughout the month of November prepared 30 posters based on the 30 articles of the Universal Declaration of Human Rights. They used their imagination and prepared unique and really amazing works. At the end, the teachers showed their appreciation towards this visit and how important and useful it is to improve and promote the learning of English as a Second Language.

Several items were presented to the School namely copies of the IIP pamphlet Human Rights and Dignity-The Universal Declaration of Human Rights and several other copies of pamphlets on several issues such as the LGBTi rights namely LGBTi youth communities, the Americans with Disabilities Act, a copy of the brochure entitled “Human Rights in Brief”, personalized bookmarks on different topics (prepared and printed by the IRC).