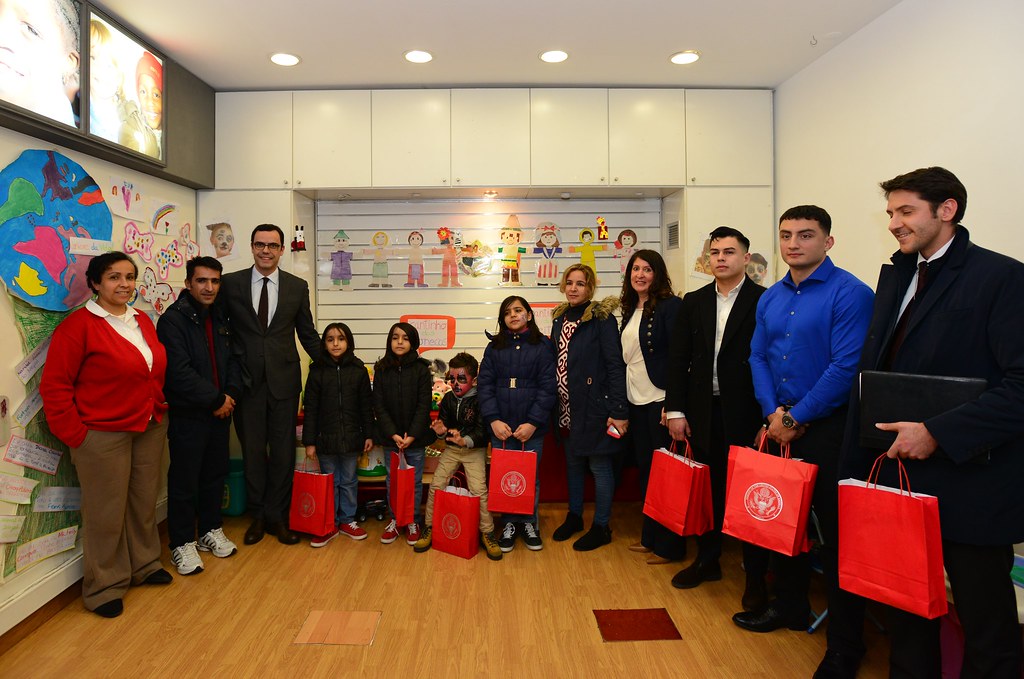 Herro Mustafa, herself a Kurdish Muslim refugee from Iraq who moved to America with her family and is the subject of the documentary film “American Herro,” helped deliver the toys collected by the Marines as part of the annual “Toys for Tots” campaign.   Four Kurdish refugee children from Iraq, recent-arrivals in Portugal, were present to receive some of the toys.  “Toys for Refugees” was made possible by the ongoing partnership between the U.S. Embassy and the High Commission for Migration, which will help disseminate the toys to refugee children throughout Portugal.  The program builds on the relationships the embassy augmented during the European Resettlement and Integration Technical Assistance (EURITA) workshop in February.

The Chargé and her team also delivered toys to the Shelter for Refugee Children run by the Portuguese Council for Refugees.