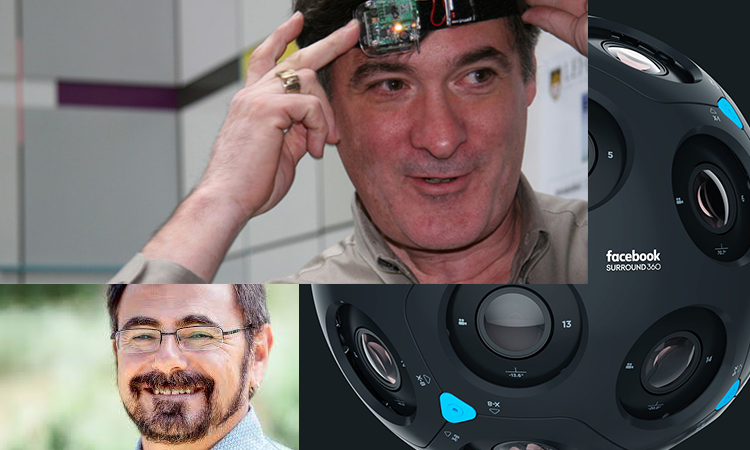 Brian Cabral, Director of Engineering at Facebook and a specialist in computational photography, computer vision and computer graphics, visited Portugal for a series of presentations at the Embassy’s American Corners. The visit included sessions at Nova University’s Faculty of Science and Technology, Technical Institute and the University of Aveiro.

Mr. Cabral discussed his ongoing work on the Facebook Surround 360 VR video camera and the presentations were entitled “The Future of Multidimensional Video Capture”. During his presentations, he addressed the advent of small monoscopic 360 and stereo capture cameras like Surround360, and how they have ushered in a new era of multidimensional video image capture.  According Mr. Cabral, this represents a transition in media nearly as profound as the transition from film video to digital, and he discussed the technical, artistic and toolchain challenges confronting this medium.

Also under the auspices of the American Corners program, MIT Professor Joseph Paradiso visited Portugal for a series of presentations on current trends and challenges of digital media and human-computer interaction.

At the Technical Institute in Lisbon, Dr. Paradiso’s presented on “Life after the app – How Humans will connect with the Internet of Things (IoT)” and discussed his research at the Responsive Environments Group, a project he is directing, exploring how sensor networks augment and mediate human-computer experience, interaction and perception.

Professor Paradiso also visited the University of Aveiro’s Department of Arts and Communication and DigiMedia, an interdisciplinary research group focusing on the design of new approaches for human-centered digital media applications. At the University of Aveiro, Dr. Paradiso presented on “Augmented Human Interaction with Nature, Buildings, and Things” and “Two Decades of Responsive Environments at the MIT Media Lab”.