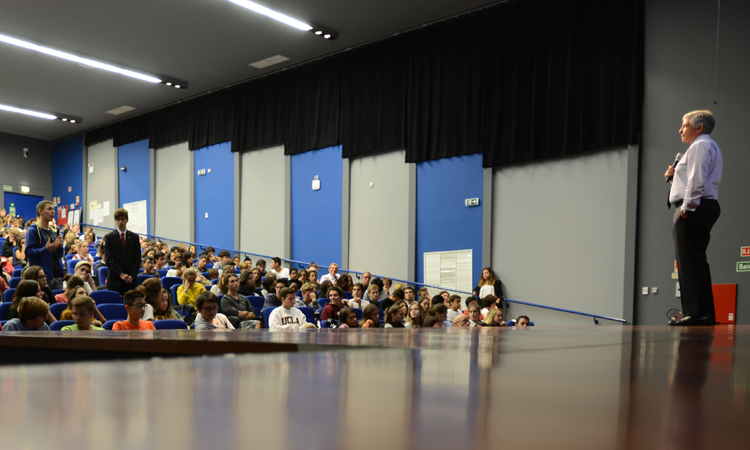 Ambassador Sherman speaks about US elections at CAISL

The U.S. presidential elections will be decided by the swing state according to U.S. Ambassador Robert Sherman.  On October 3rd Ambassador Sherman spoke to 450 students from the Carlucci American International School of Lisbon, St. Julian’s, St. Dominic’s and Oeiras International School at the CAISL auditorium.  He explained that the presidential candidate that obtains at least 270 electoral votes will become the next president of the United States. The electoral votes of each state are the sum of the two senators and the representatives based on population. Most states have voted consistently Democratic or Republican in the last twenty-five years and the election will likely be decided by the states that have shifted allegiance during these years, the so called “swing states” he highlighted were:  Pennsylvania, Ohio, Florida, North Carolina, Michigan, Arizona, Maine, Colorado and Nevada.  The Ambassador advised the students not to look at national polls but rather to concentrate on the polls in the swing states for these are the ones that will decide the election.