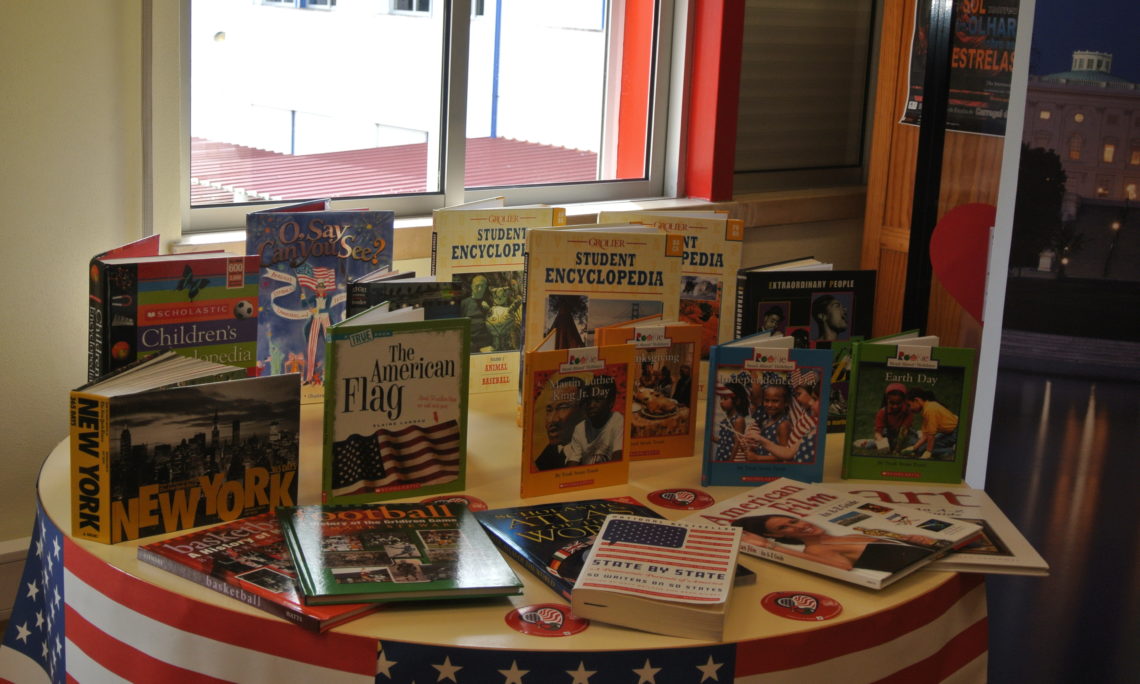 A collection of books and other educational material was offered to the school library.

On February 15, 2017 the Office of Public Affairs within the U.S. Embassy in Lisbon organized a visit to Agrupamento de Escolas de Carregal do Sal to talk about the U.S. Diversity as well as about Studying Abroad in the United States. This visit was the first time an American Diplomat spoke in this village located approximately 300 kms from Lisbon and near Cabanas de Viriato where Aristides de Sousa Mendes was born.  Mr. Mendes served as the Portuguese consul-general in the French city of Bordeaux during World War II and in defiance of Salazar’s orders, issued visas and passports to an undetermined number of refugees fleeing Nazi Germany, including Jews.

American Embassy Assistant Public Affairs Officer, Meg Young, spoke to an audience of almost eighty students (8th/10th/11th graders) who practiced their English skills by asking questions about diversity as well as life in the U.S., current U.S. politics, differences between U.S. and Portuguese societies and her experience as a diplomat. To close the session Ms. Young presented the school library with a collection of books (Primary/Secondary Scholastic Ambassador’s collection), posters, educational materials and fun items such as American flag pencils and stickers. All materials were offered by the U.S. Embassy as a gift to the school which is establishing Portugal’s first “American Shelf” program that will offer the students access to materials to get to know much more about the U.S.A.